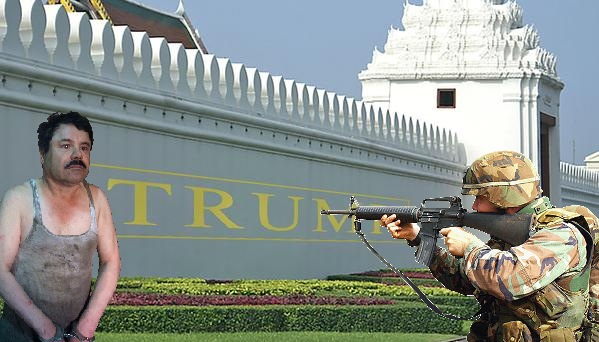 From the American Thinker:


It would be poetic justice, is deliciously named, and wouldn’t cost the taxpayers a dime.

It doesn’t make Mexico pay for the wall, just one particular Mexican who has done great injury to the people of the United States and who is responsible for a major part of drugs flooding into the United States.

It is legislation introduced by Sen.Ted Cruz of Texas last year -- the Ensuring Lawful Collection of Hidden Assets to Provide Order (E.L.C.H.A.P.O.) Act which would use fund confiscated from drug dealers like El Chapo and traffickers to pay for border security.

As Cruz explained after introducing his bill in April of 2017:

Senator Ted Cruz (R-TX) introduced a bill calling for the use of $14 billion seized from cartel drug lord Joaquin “El Chapo” Guzman to be used to pay for the President’s border wall between the U.S. and Mexico.

“Fourteen billion dollars will go a long way toward building a wall that will keep Americans safe and hinder the illegal flow of drugs, weapons, and individuals across our southern border,” Senator Cruz stated, according to a statement obtained by Breitbart Texas from the senator’s office…