Women's March Leaders: Yes, We Stated and We Believe That Jews are White Supremacists 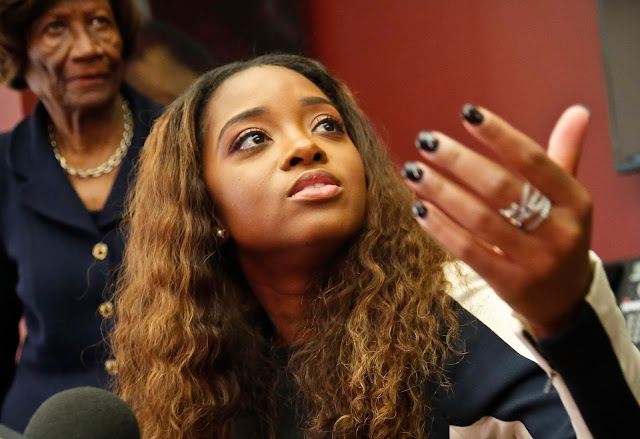 What? It's Just The "White Jews" I Don't Like


They had been reported as saying this previously by Tablet, but they claimed that that was a lie. Now they confirm it to the New York Times. If there were any doubt about the anti-Semitism of some of the leaders of the Women’s March, it's dissipating fast.

In a New York Times article published on Sunday, when asked about a report that they had discussed the issue of Jewish women at their initial meeting days after President Trump’s election, two of the leaders, Tamika Mallory and Carmen Perez, admitted that they had, despite their claims in an earlier report in Tablet magazine that included this denial:

To this day, Mallory and Bland deny any such statements were ever uttered, either at the first meeting or at Mallory’s apartment.

"There was a particular conversation around how white women had centered themselves--and also around the dynamics of racial justice and why it was essential that racial justice be a part of the women's rights conversation," remembered Bland. But she and Mallory insisted it never had anything to do with Jews.

"Carmen and I were very clear at that [first] meeting that we would not take on roles as workers or staff, but that we had to be in a leadership position in order for us to engage in the march," Mallory told Tablet, in an interview last week, adding that they had been particularly sensitive to the fact that they had been invited to the meeting by white women, and wanted to be sure they weren't about to enter into an unfair arrangement.

"Other than that, there was no particular conversation about Jewish women, or any particular group of people." Then, when The New York Times spoke to Mallory about the meeting, she uttered a statement that might well be taken as an indictment of Jews themselves for white supremacist attacks on them, saying, "Since that conversation, we've all learned a lot about how while white Jews, as white people, uphold white supremacy, ALL Jews are targeted by it."

They had previously denied bringing up the "Jewish question" at their first meeting, but now admit that yeah, they decided a first meeting would be a good time to discuss what role Jewish women would be permitted or not permitted in the leadership ranks of the Womens March.

Errr, what about the Ethiopian Jews?

I have met Jonathan Bernis and attended the same church with the founding leaders of MJBI.