Was Today The Last Day of The Trump Presidency? 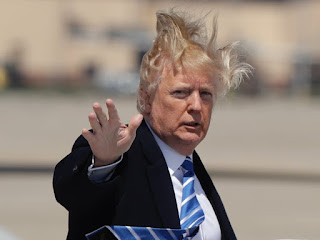 
SHOW TRIAL DISGRACE: Judge Sullivan Suggests Mike Flynn Committed Treason? …For Turkish Lobbying That He Has Not Been Convicted Of


Wow! US Government Announces $10.6 Billion in Aid to Mexico and Central America — But ZERO DOLLARS for Border Wall


Shouldn't he have either turned in his resignation, or just ceremonially hacked off his own testicles, or something?
Posted by Pastorius at 2:03:00 am

Leave the poor man alone. He just had a worm named after him:

I'm not real crazy about Trump's timing to abandoned the Kurds in Syria a couple days after Ergodan announced he was getting ready to attack them.

Unless he's bring them home to start pouring concrete on the Wall.

But he's always not Hillary.

Our POTUS does not have the power of the purse. Hence, difficulty in getting the wall funded.

He is also isolationist regarding military deployments and understands the fatigue suffered by our troops policing the world.

He is aggressive on trade. As aggressive as the Republic allows on the border wall. Aggressive regarding the promises he made to us.

Totalitarianism would give him the magic wand. But then again, who wants the totalitarianism that might later replace him with Hillary and allow her the same powers. Just imagine what Hillary would inflict on Christian Conservatives? My crowd.

Democracy has constraints and checks and balances. That is what we are seeing in play.