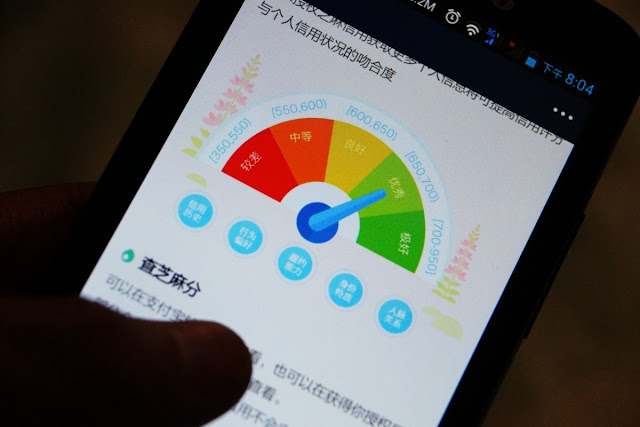 In China, scoring citizens’ behavior is official government policy. U.S. companies are increasingly doing something similar, outside the law.

Have you heard about China’s social credit system? It’s a technology-enabled, surveillance-based nationwide program designed to nudge citizens toward better behavior. The ultimate goal is to “allow the trustworthy to roam everywhere under heaven while making it hard for the discredited to take a single step,” according to the Chinese government.

In place since 2014, the social credit system is a work in progress that could evolve by next year into a single, nationwide point system for all Chinese citizens, akin to a financial credit score.

It aims to punish for transgressions that can include membership in or support for the Falun Gong or Tibetan Buddhism, failure to pay debts, excessive video gaming, criticizing the government, late payments, failing to sweep the sidewalk in front of your store or house, smoking or playing loud music on trains, jaywalking, and other actions deemed illegal or unacceptable by the Chinese government.

The New York State Department of Financial Services announced earlier this year that life insurance companies can base premiums on what they find in your social media posts. That Instagram pic showing you teasing a grizzly bear at Yellowstone with a martini in one hand, a bucket of cheese fries in the other, and a cigarette in your mouth, could cost you.

On the other hand, a Facebook post showing you doing yoga might save you money. (Insurance companies have to demonstrate that social media evidence points to risk, and not be based on discrimination of any kind—they can’t use social posts to alter premiums based on race or disability, for example.)

The use of social media is an extension of the lifestyle questions typically asked when applying for life insurance, such as questions about whether you engage in rock climbing or other adventure sports. Saying “no,” but then posting pictures of yourself free-soloing El Capitan, could count as a “yes.” P

ATRONSCAN A company called PatronScan sells three products—kiosk, desktop, and handheld systems—designed to help bar and restaurant owners manage customers. PatronScan is a subsidiary of the Canadian software company Servall Biometrics, and its products are now on sale in the United States, Canada, Australia, and the United Kingdom.

PatronScan helps spot fake IDs—and troublemakers. When customers arrive at a PatronScan-using bar, their ID is scanned. The company maintains a list of objectionable customers designed to protect venues from people previously removed for “fighting, sexual assault, drugs, theft, and other bad behavior,” according to its website.

A “public” list is shared among all PatronScan customers. So someone who’s banned by one bar in the U.S. is potentially banned by all the bars in the U.S., the U.K., and Canada that use the PatronScan system for up to a year. (PatronScan Australia keeps a separate system.)

That all sounds reasonable, doesn't it?

Incrementalism.
Posted by Pastorius at 1:21:00 pm

Take the Mark or you will not buy or sell. Powered by Big Tech.

Social engineering in an attempt at utopia.

And utopias as successful, right?

The newly left leaning drudge has a link to something about this, but not surprisingly the content has been removed. Surely his hi-tech buddies didn't approve

Drudge has always been a leftie if you ask me. The only reason he ever appeared to be right-wing is he is good at pandering to those who believe we are in the End Times.