Today Was The End, And Few People Seem To Realize 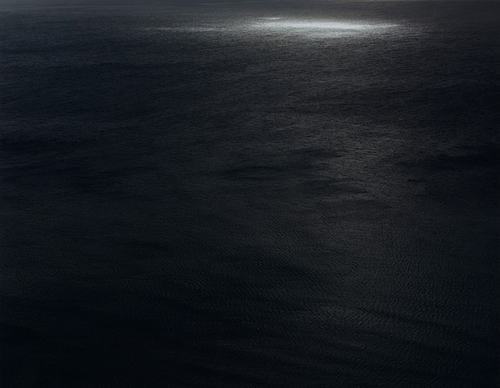 I'm too angry to write anything. And why bother since, as I say, it's the End?

But, it looks like J.J. Sefton agrees, and he does bother to write:


And that brings us to yesterday's revolting display in which the Department of Justice released a damning report about the criminal behavior of former FBI director, and current Druid priest/tree surgeon James Comey that all but lays out a case of treason or acts that can be defined as treasonous behavior. But, as Lloyd Billingsley writes in FrontPage Mag...

… But the OIG did not recommend prosecution.That might be expected from an OIG who accused FBI Deputy Director Andrew McCabe of "lacking candor," and violating FBI policy. The OIG released the report just before the Labor Day weekend, when it was least likely to command attention. In similar style in 2016, FBI boss Comey released documents on Hillary Clinton's emails on the afternoon of September 2, just before the holiday weekend. Comey took the August 29 OIG report as confirmation that, as he said of Hillary Clinton, no reasonable prosecutor would charge him with anything.
The former FBI boss went into his end-zone dance, tweeting that "a quick message with a 'sorry we lied about you' would be nice." That celebration may be premature. OIG Michael Horowitz is also investigating abuse of the Foreign Intelligence Surveillance Act, and Comey signed off on three of the four FISA applications for Carter Page. In addition, Attorney General William Barr and US Attorney John Durham are investigating the origins of the Russia collusion probe...
... Contrary to what Brennan, Comey, Wray and Mueller seem to think, the CIA, FBI and ODNI are not branches of government. They are government agencies in the service of the executive branch. As this week’s OIG report confirms, government agencies can’t be trusted to investigate themselves.
As James Comey knows, the deep state is not like football, where the game does not continue until the penalty has been marked off. If nobody from the Hillary Clinton fix and coup attempt against President Trump winds up doing prison time, the deep state will have won.

Bingo. For a long time now, I've thought of IG Horowitz as at best a joke and worst in on the cover-up. I still have hopes for AG Barr but those are fading rapidly. If he truly, as some pundits argue, wants to restore the integrity of the DoJ and the other aforementioned Ivy League skull and bones sewers, the only way to do it is to prosecute James Comey, and as Billingsley rightly argues in his article, John Brennan. And I don't mean 30 months in Club Fed and out in 6 with a book deal and a slot on MSNBC. I mean 30 years in prison-prison where, upon completing their entire sentence, they'll make Steve McQueen at the end of Papillon look like Charles Atlas by comparison. That is, if they walk out and aren't carried out under a sheet.
If we allow these individuals not only to walk freely, steal our money in the form of government pensions, and worst of all, take to the airwaves to rub it in our faces, then that really is the bitter end for the republic.
Posted by Pastorius at 3:54:00 am

We have learned you can openly subvert an election, get caught, and not get prosecuted.

There's really no more Democracy after that.

We thought Trump had our back.

I'm more focused on AG Barr. I can't wrap my mind around WHY he declines to prosecute.

But Barr is Trump's guy.

Pasto,
But Barr is Trump's guy.

Is he really, though?

Remember the fiasco of Jeff Sessions.

So, we're gonna kick the can further down the road? Now we're going to wait and see if Trump gets rid of Barr and replaces him with someone who will prosecute?

I am done waiting.

If Trump thinks exposing them is enough, he is wrong.

Exposing their evil deeds, and not prosecuting them will NORMALIZE TREASON.

Anonymous,
I'm trying to believe that, but am having trouble doing so.

I cycle between hope and frustration and anger. Currently somewhere near acceptance.

Check with any law enforcement folks about why charges such as DUI are skipped when murder charges are upcoming. It is triage applied to the justice system.