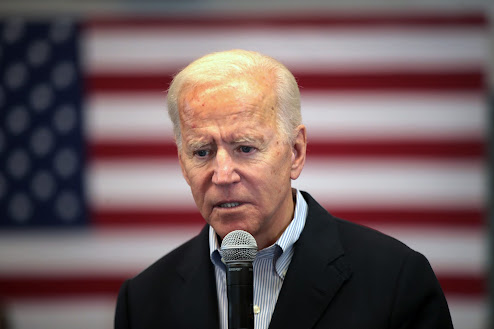 "President Biden may resort to using emergency powers if American oil companies don't increase output at their refineries, the president told oil CEOs in a series of letters Wednesday.

"There is no question that Vladimir Putin is principally responsible for the intense financial pain the American people and their families are bearing," Biden wrote. "But amid a war that has raised gasoline prices more than $1.70 per gallon, historically high refinery profit margins are worsening that pain."

"Your companies and others have an opportunity to take immediate actions to increase the supply of gasoline, diesel and other refined product you are producing," he continued.

"My administration is prepared to use all reasonable and appropriate Federal Government tools and emergency authorities to increase refinery capacity and output in the near term, and to ensure that every region of this country is appropriately supplied."

What kind of vague, Putin-like emergency powers does he have in mind?

Well, we don't know. But this should give us a sense of what he has in store: one of his leftwing allies in the Senate, Ron Wyden -- say, NeverTrump, didn't you swear and affirm that Biden was a centrist and a moderate? -- is proposing a 21% surtax on oil profits.

To be rammed through on a party line vote.

Oil companies that record a profit margin better than 10% would face a new federal surtax under a plan developed by a key senator, as Democrats and the White House struggle to curb US energy costs and broader inflation.

The proposal by Senator Ron Wyden, an Oregon Democrat who chairs the tax-writing Finance Committee, would mean oil companies face federal taxes of as much as 42% on profits considered excessive -- the 21% US corporate tax plus a new 21% surtax, according to two people briefed on the proposal.

Wyden has yet to release his plan publicly, and he'd likely need all 50 Senate Democrats to support it in order to pass the surtax over Republican opposition. He's among several Democratic lawmakers, including Senator Sheldon Whitehouse and Representative Peter DeFazio, who have discussed targeting what they consider excessive oil company profits.

The idea has caught the attention of top Biden aides in recent weeks, as they search for any and all ideas to tackle rising energy costs.

"We're not ruling that out of consideration. We've made that clear," Bharat Ramamurti, deputy director of the National Economic Council, told Bloomberg TV's "Balance of Power with David Westin."

NBC's Kelly O'Donnell: "Are there other industries that you think need to step up in a patriotic fashion to try to help reduce inflation or costs for Americans."

KJP says "we want to focus on the oil refinery" b/c that's "an important first step in making" them do "their part" pic.twitter.com/fZAoRksz9a

Playing the "patriotic" card pisses me off. Two important links, regarding the gas and oil industry in my post.