Congressman Casten, will you consider the evidence that the vaccine might have caused your daughter’s death? 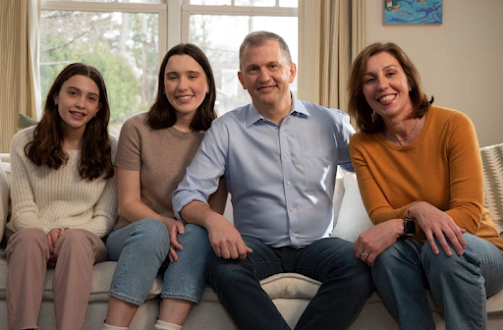 PASTORIUS NOTE: It may seem cruel to post such a direct plea to a man who has just lost his daughter. And certainly, if Sean Casten were to see this, it would cause him pain.

But the point here is for him to honor the lives and deaths of those, apparently, killed by the vaccine. You can not honor a person's life or death if you lie, or are unwilling to, at the very least, seek the truth.

Additionally, if people are in potential mortal danger, what kind of person are you if you hide your head in the sand, and refuse to look at the evidence as to what might be killing these people ... even your own daughter.

Healthy young kids rarely died in their sleep before the COVID vaccine rolled out.

I don’t know of a single doctor who has even heard of this happening prior to the COVID vaccines rolling out. Now it is the “new normal.”

I’m 65 years old and I can’t recall ever reading about this in the news until the COVID vaccines rolled out. In the last year, I know of at least 6 deaths of young people who died in their sleep after being vaccinated.

Even more stunning are anecdotes like one of my readers, Maggie Russo, who writes:

Many, many have died in their sleep of all ages, including a couple of my healthy cousins. These deaths are rarely reported as a vax-injury as the family is either in denial or values their image of pro-vax among their community more than the dignity of their child.

Maggie went on to describe 20 tragic deaths, mostly those who died in their sleep, all vaccinated.

The peer-reviewed medical literature also shows a crystal clear connection between the COVID vaccine and two adolescents who both died in their sleep shortly after their second vaccine dose, a connection that surely Rep. Casten’s doctors would have pointed out to him.

Leaders like Rep. Casten simply look the other way to the possibility that he may have contributed to his daughter’s death by encouraging her to get vaccinated.

Will Sean Casten use this as an opportunity to learn more about how dangerous the vaccines are? Unfortunately, that’s very unlikely to happen.

I think he will convince himself that:

and continue to be a cheerleader for the COVID vaccines. That’s the real tragedy here.

Until the COVID vaccines started rolling out, healthy kids dying in their sleep was never an issue. I don’t know of any doctor who had ever seen or heard of a case of that happening. Now, of course, it is the “new normal.”

In a statement yesterday, Casten said “The only thing we know about her death is that it was peaceful. And the only lesson we can take from that is to savor the moments you have with your loved ones.”

That’s the ONLY lesson?

Rep. Casten admits that both his kids were vaccinated. Not only did Casten allow this to happen, he encouraged it. So if Gwen’s death is found to be caused by the vaccine, he then bears some responsibility. That burden is too difficult for many people so they will simply not allow it to be a possibility. 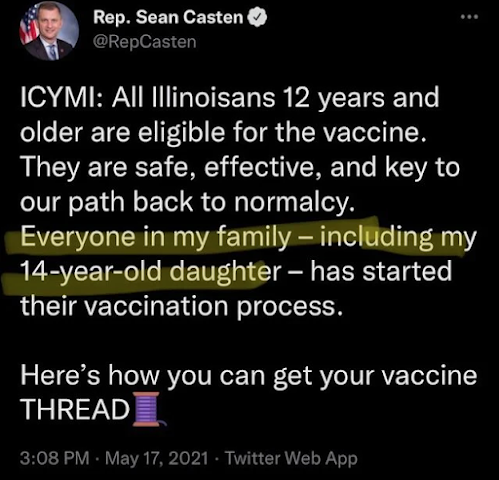 The six deaths of young people I know about

Here are six deaths of young people who died in their sleep after vaccination that I was aware of before I heard about Gwen’s death:

All of these deaths are considered mysteries. All of the kids were vaccinated with the COVID vaccine. The denial is so bad that they have to remove Dan Hartman’s testimony of his son’s death from the public record!

When they say “mystery” it’s their “code word” for “The vaccine caused it, but we don’t want to let anyone know that we’re killing people.” They know that Congress is NEVER going to hold the CDC or FDA accountable for these deaths even when it happens to their own kids! Sean Casten is proof of that.

The only clues we have to these mysterious deaths are:

The doctors cannot figure it out. A real mystery indeed!