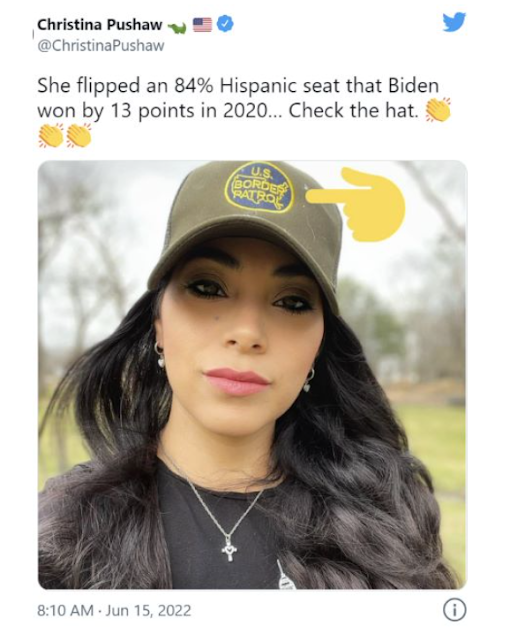 After a redistricting proposal made Texas’ 34th Congressional District more blue last fall, the top Republican candidate for the seat, Mayra Flores, traveled to the state Capitol in Austin to plead with lawmakers to reconsider.

It seemed, she said, that despite all the new Republican talk about competing in South Texas, the GOP map-drawers were “sending the message of not really caring about” voters there, depriving them of a competitive district.

But lawmakers were unswayed and eventually passed a map that transformed the 34th District from one that President Joe Biden carried in 2020 by just 4 percentage points — a bona fide battleground for the 2022 midterms — to one that he would have won by 16 points.

It was a blow to Flores, but in a twist of fate, nine months later, she is heading to Congress from the 34th District — and earlier than expected.

She now carries the distinction of being one of the few Republicans to represent the Rio Grande Valley in modern history as well as the first Mexican-born woman to serve in Congress.

I wonder what she thinks of the vaccine mandate.

And I wonder what her position is on high school boys flashing their penises in girl's locker rooms.