Broward County Sheriff’s Office Did Not “Miss Warning Signs” or Make “Mistakes”, Being Unaccountable Pussies Is Their Policy 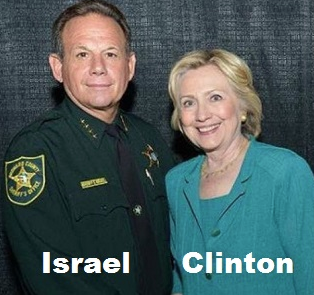 From the Conservative Treehouse:

A few points need to be emphasized for those unfamiliar with the Broward County system. First, with revelations of frequent LEO contact and calls from people warning about school shooter Nikolas Cruz, there’s a common narrative mistakenly being pushed by mainstream media.
The Broward County Sheriff’s Office (BSO) didn’t “miss warning signs” or make “mistakes” in not writing up reports. The Sheriff’s office did exactly what their internal policies, procedures and official training required them to do, they intentionally ignored the signs, and intentionally didn’t generate documents. Example:

Miami Herald […] In November, a tipster called BSO to say Cruz “could be a school shooter in the making” but deputies did not write up a reporton that warning. It came just weeks after a relative called urging BSO to seize his weapons. Two years ago, according to a newly released timeline of interactions with Cruz’s family, a deputy investigated a report that Cruz “planned to shoot up the school” — intelligence that was forwarded to the school’s resource officer, with no apparent result. (read more)

It is important to understand the policy here. Broward County law enforcement (Sheriff Israel), in conjunction with Broward County School Officials (Superintendent Runcie and School Board), have a standing policy to ignore any criminal engagement with High School students.
Go read the whole thing.

To my knowledge, most public schools have a standing policy to ignore any criminal engagement with High School students.

Addendum,
Schools reporting out to the police hurts a reported student's chance to get into college -- that's part of the philosophy behind this madness.

TLEP,
More and more I'm sick and tired of parents' excusing their adolescents' misbehavior as "normal for the teen years," followed by a shrug.

Adolescent misbehavior may be normal, but that doesn't mean that it shouldn't be addressed.

What kept me in line: my parents' total control over the keys to the car. Also, the idea of not bringing dishonor to the family was a major factor.