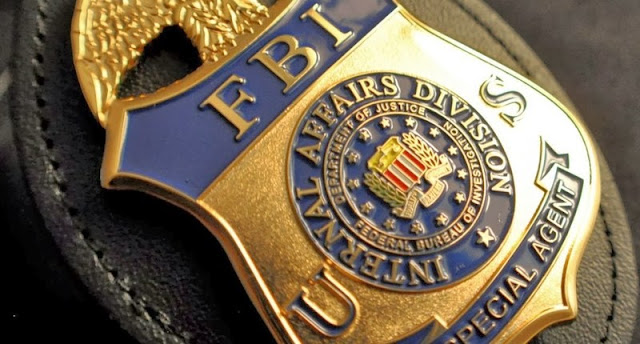 Every level of government organization - who should have stood between kids and violence - FAILED.

Why do we pay for these government services?


The FBI was told of a threat accused Florida shooter Nikolas Cruz made on YouTube last September but never contacted the company to track down its source, missing an early indicator, Senate Judiciary Committee Chairman Chuck Grassley said Friday.

Someone reported the online threat to the FBI and the bureau opened a counterterrorism investigation but closed it on Oct. 11 saying it never managed to identify the person behind the post.

It wasn’t until after last week’s school massacre that the FBI did track down the author and found it was the 19-year-old man now accused of slaying 17 people at his former high school, Mr. Grassley’s office said, after getting briefings from both the FBI and Google.

Google would have been able to help confirm the commentator’s identity if the FBI had followed up, Mr. Grassley’s office said.

"He was pointing his gun at nothing." Student says he watched as @browardsheriff school resource officer Scot Peterson hid behind a staircase during the Stoneman Douglas shooting. @wsvn pic.twitter.com/IWRQorRrcL
— Brian Entin (@BrianEntin) February 23, 2018

How on earth does this school resource officer justify his claim that he "secured the perimeter" of an active shooter situation by hiding in that stairwell in the adjacent building?
Look, I understand Scot Peterson had an exemplary 30 year record and that fate unfortunately placed him in the most life-altering, potentially life-ending situation on the precipice of his retirement. Why lie about professional conduct and wash all that history down the drain.
My fear is this career officer will eat his gun. . .yet, the policies he helped enforce put him in this position - and he doubled down by remaining inert in that stairwell and then suggesting he "secured the perimeter".
What impression will this student (as well as those who become familiar with his revelations) have for men in uniform now that he personally witnessed his School Resource Officer, Scot Peterson fail to serve in the moment he was most needed?
The damage done to credibility of authority figures of all stripes is - as yet - understated.
17 innocents have thus far suffered the consequences. Untold numbers of their kin and acquaintances have suffered the consequences. Will those who supported Obama's 2010 push to end "school-to-prison" pipeline finally wake up and recognize why Cruz was PERMITTED to kill their classmates/kin?
*****
Obama's push to end phony "school-to-prison pipeline"backfired (literally) on teachers and students in Florida massacre
https://twitter.com/paulsperry_/status/967073827258855431
*****
===>"I have said over and over and over again we have to measure the success of the Broward Sheriffs office, by the kids we keep out of jail, not the kids we put in jail." - Broward County Sheriff Scott Israel @ visit to Darul Uloom (mosque/community center)Florida USA <===
https://www.youtube.com/watch?time_continue=208&v=b1gcYmzywvg

===>listen to the video further as he addresses a sizable group of Muslim men talking about 10 hungry lions on the hunt..."when on a mission, surround yourself with like minded individuals".

Then consider the video clip of Eric Holder stating schools must brainwash their students to think about gun control.
https://www.youtube.com/watch?v=RXwo9lARAgg
*****
Unless real consequences are paid by those who concocted, enabled, enforced and even encouraged the Cruz's of this world to commit mass murder and are brought to justice - we can expect more of the same and at any time.

Tying together the report that 3 Broward County Sheriff's deputies also WAITED OUTSIDE during the shooting suggests a massive cover-up..."stand-down" order?
Coral Springs Police Fumed Broward Sheriff’s Office Hadn’t Acknowledged It Responded First To Parkland Shooting
Did the CS police enter the building(s)? Unclear, as yet. The County Sheriff would have jurisdiction to order a stand down.
Did he, is the question.
Given that the Parkland H.S. CCTV had a 27 minute delay...will the County 911 line/LE comms have a similar delay preset to prevent exposure of culpability?

P.S. Why is Cruz still breathing?