Thought From The Last English Prince 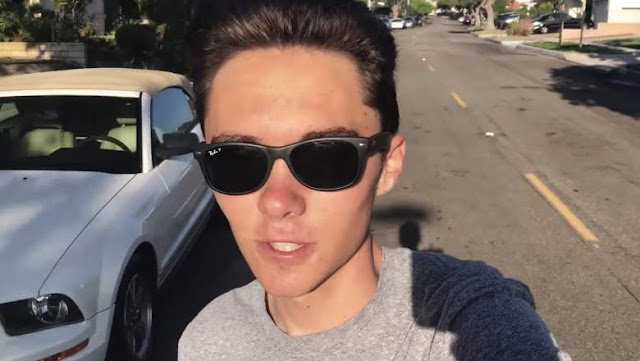 Generations of Americans retain the sensory bank of a childhood pleasure. Opening a small can and catching that first scent of the product. Minus a potters wheel, small hands create magnificent works of … nothingness.

The official Play – Doh site boldly proclaims, “Inspire Curious Thinkers” and “Open a Can of Imagination”. If you are a five year old who has not yet discovered your love for quantum physics or capability to comprehend String Theory, Play-Doh is a good start. But adults move along in Corinthian style.

The latest in Play-Doh journalism involves the recent school shooting at Marjory Stoneman Douglas High School in Parkland, Florida. On February 14th, the parents of seventeen students received the tragic news their child was killed by a young adult who harbored violent ideation for mass murder.

The following is a statistic. Please do not misunderstand the intent for sharing it. Fifty-five million children enter our elementary and secondary school system every day. Seventeen students lost their lives on February 14th. The chance of a mother losing her child in an act of gun violence platformed from a school campus is 0.000000309. The child has a 1 in 3 million chance of not getting off that school bus at the end of the day.

But this is doing the math without the brackets.

Breaking down the statistic further, the average calendar days for a school year is 180 days. Want to add a bracket? For the 2013-2014 school year there were a total of 131,890 school campus (public and private).

We could add another bracket but this is starting to make my head hurt. Just add a few zeros to the first statistic.

Media opened up the Play-Doh can. The narrative can now be allowed to shift and take shape from the sentiments of the students who survived the carnage. These are not the Corinthians – but they can be taken from lump form and fashioned to present the political agenda of others and capture the populist’ sheep imagination. The narrative is one of destruction of the right to bear arms.

Those of us who responsibly engage gun ownership will never convert to pepper spray. We are the goats. We – the Corinthians – for the most part, ignore the Play-Doh journalism. We wish to retain our Constitutional right: Given by our founders, formed with bonds of trust, and adjudicated responsibly by the majority of gun-owning citizens.

This is not the film, “The Gangs of New York”. This is our decent and mostly responsible country. It is not that we do not care about what happened in Florida.

We do care, and deeply so. But we are not espousing nor embracing the narrative of the approximately 100 students who have touched down at the Florida state capitol. We care more deeply about that which breathed the life into our nation and sustains us today: Our Bill of Rights.

Media outlets have fashioned the news to enhance ideological leanings. CNN chose to script a Town Hall meeting regarding the shooting. Cadet Haab, also rightly ranked under his family chain of command, deferred to his father’s wishes not to attend the event when it was discovered he would not be able to ask the questions he wanted, nor suggest military veterans as supportive actors for school safety.

The worst of times?

Hands down, the award for depraved indifference goes to David Hogg. He is a budding “journalist” who has already tasted of YouTube nectar. His earlier video of a lifeguard interfacing with a body surfer at the beach has garnered 220,000 views.

Boring stuff, not worth reporting, but then again – YouTube can suck brains cells right out of my head.

During the Parkland , Florida high school shooting David Hogg interviewed and asked students about what they thought about gun control. Some media outlets are reporting the young man did this for posterity. I am not omniscient so remain unable to ascertain motive. But my sincere hope is that if I am ever raped in a dark alley Mr. Hogg is not the only one to pass by.

Regardless, he is a media sensation because he is just the latest marionette on strings for CNN and other outlets who have chosen to afford him amplification.

Play-Doh. It is the stuff of kids. But this Corinthian will conclude with one thought. In America, the legal drinking age is 21 years. Perhaps we should consider modifying one thing regarding the right to bear arms. Deny the purchase and ownership of AR-15 to those under the legal drinking age. It seems fair enough to me.

Disagree with final AR-15 point. If we can send them to war with even more powerful weapons to defend Freedom then deny them that freedom when they return home that seems counterintuitive. Many 18+ yr olds live on their own. Deny them the right to defense? Especially singling out the weapon, the AR-15. You know this but I'll say it anyway there are any number of far more powerful semi-autos in 30-06 or .308 Winchester etc they could still get. And finally why would a criminal give a fig about obeying the law and not getting their hands ion an Armalite, or any other for that matter.

And future ballots are being weaponized right now because of this Stoneman Douglas horror.

MR - I defer to your better judgment. You are correct regarding the military. But as I run with a "weapons" crowd - among the men - the AR-15 is a favorite because of its weight and the ease of use. One day a friend opened his trunk and he seemed happier than the day his firstborn arrived. There it was! An AR-15. Popular choice.

On a reasonable scale - citizens must have the same firepower options as the local police. Seems logical to me.

Is there a lack of information-sharing for the vetting process for firearm purchase? Cruz had multiple red flags that should have barred him from purchase of an AR-15.

Thank you, Midnight Rider, for modifying my response. It is all about freedom of expression.