French President Admits That If France Had a Vote On Leaving The EU, They Would Have Had The Same Result As BREXIT 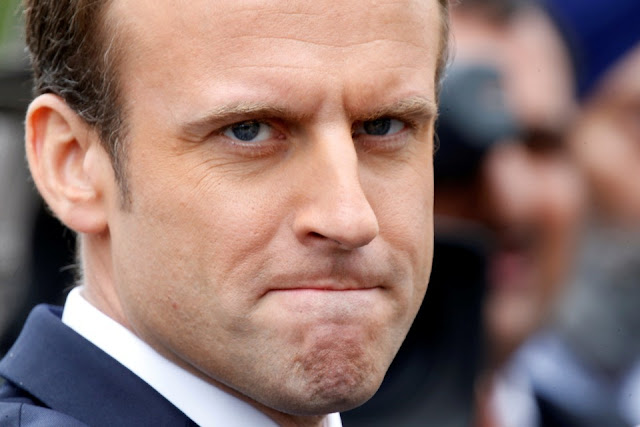 
President Macron, while giving an interview to the BBC’s Andrew Marr, revealed he believes France would have voted to leave the EU if a referendum was held.

The Frenchman said: “I am not the one to judge or comment on the decision of your people. “But, my interpretation is that a lot of the losers of globalisation suddenly decided it was no more for them.”

Marr then pushed the French president, regarded by many as the EU’s new leader, on whether Britain’s decision was a one-off.

Macron responded: “Yes, probably, probably. Yes. In a similar context. But we have a very different context in France.”

The "different context" is, NO ACTUAL DEMOCRACY.

France simply won't consult their
Posted by Pastorius at 2:00:00 pm