And then there's this, from From Part I: 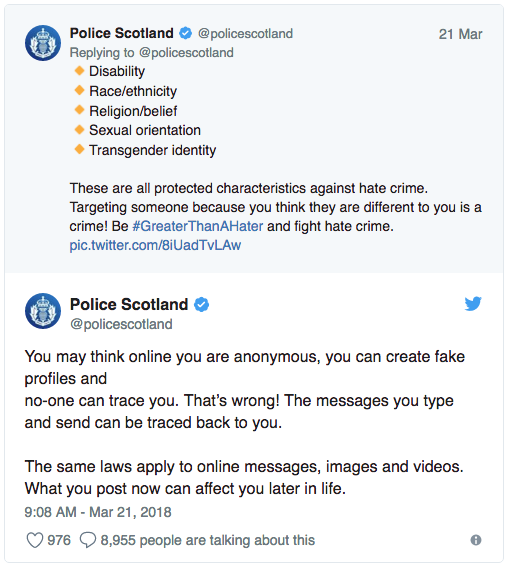 
As comments are disabled for this video, probably because the police do not have the resources to arrest everyone who might leave one for this Orwellian statist jackboot approach to public order, I would encourage you to make your thoughts known to the Scottish police here.

If you are writing from Scotland, I would suggest you use a VPN or write in some kind of deniable code. Samizdat is the order of the century. Again.

Once or twice in interviews I have quipped that the only thing the founding fathers got wrong in the US constitution was that the first two amendments in the bill of rights are in reverse order.

Because if you have no means to defend your freedom of speech from the state, then you don’t have it.

And what freedom of speech you think you have is at the behest of the state as a privilege so long as it serves their interests.

I meant this quip to show the importance of public ownership of the means of protecting liberty. But I suspect it may be literally true at this point.

The UK gave up their right to own guns and now they are being jailed for Facebook posts and Youtube videos of dogs shaking a paw in a context that upsets the leftist orthodoxy.

At some point people need to remember why exactly we don’t like Nazis. It wasn’t the Hugo Boss uniforms, we kinda liked those. It was because they behaved like the Scottish Police do now.