Is Trump Going To Build The Border Wall Using the Army Corp of Engineers? 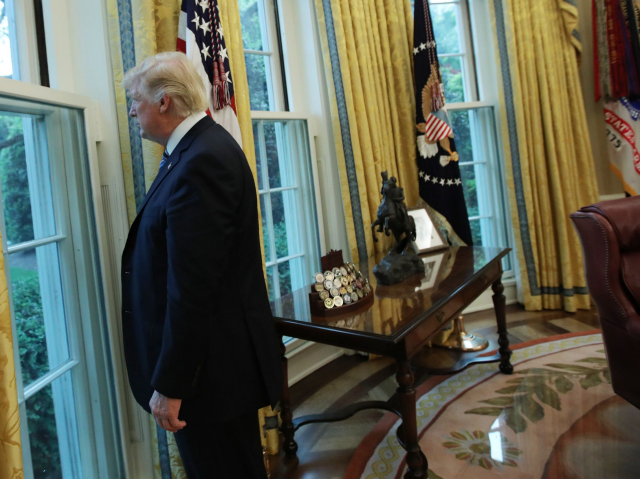 In a discussion regarding Trump's signing of the "Omibus" budget, Redneck Texan suggested just such a thing yesterday:


... maybe (Trump) knows something we dont. Like perhaps a year from now his base will care more that he upgraded our military "last year" more than we wanted the wall now.

You know, back in the day, Armies built walls.

Does the Commander in Chief not have the authority to determine where the Army Corp of Engineers does their thing?

Apparently another commenter was thinking along the same lines at Conservative Treehouse:

"While talking about the omnibus budget, it hit me like a brick. In having a 30 plus year land development/civil engineering career, I realized that our President might just be a real genius and playing everyone. With that thought, I interrupted the conversation and told everyone that it might be all about the US Army’s Corps of Engineers (USACE) building the wall. During my career I have known several really good people who had served in the USACE. Those who I know are some of the best of the best in our field.

After returning home, I ran to the computer and did a little digging. The USACE web site actually states that they also serve the Department of Homeland Security. A direct quote from the USACE’s web site “As in its earliest days, the Corps of Engineers still thinks of itself as an organization ready to help build the nation’s infrastructure.”

Here's some more thoughts on the subject from ShastinSandman:


Yes, the Omnibus is full of unnecessary pork money we do not have, but, Trump does not need to spend the money and can delay if not avoid spending much of it.


The omnibus is not a ‘locked in’ budget, but a spending bill that can be followed as written, *or not*. The vast majority of this money will not be spent by Trump as congress laid out. Count on it.


President Trump said Friday that construction of his promised border wall would start immediately after signing the omnibus bill which included 1.6 billion in funding for the wall.

"We're going to be starting work literally on Monday." Trump said during an event Friday at the White House. "We have a lot of money coming to the border."

Let us not forget that the Army built the Alaska Highway in one season, from March to October 1942.