Another Muslim Makes Up Another Hateful Fake Hate Story 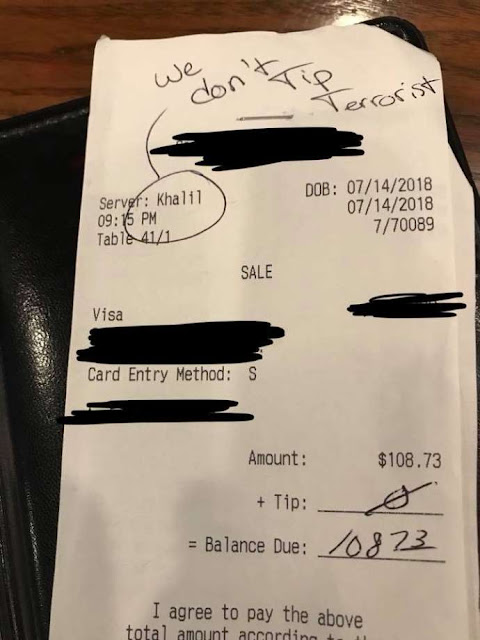 When Muslims make up stories that Infidels treated them badly, when in fact there was no bad treatment, this is a Hate Crime against Infidels.

So, in other words, this Muslim man is guilty of a Hate Crime ... allegedly.

Well, as far as I am concerned, he is.

From My San Antonio:


An Odessa waiter's viral Facebook post about a patron leaving a racist message instead of a tip was allegedly fabricated, according to the Odessa American.

Khalil Cavil was waiting tables on July 14 at Saltgrass Steak House in Odessa, when he discovered the patrons left a note on the receipt, according to a previous Reporter-Telegram article.

According to Cavil's Facebook post his name "Khalil" was circled on the receipt with"We don't Tip Terrorist" written across the top. 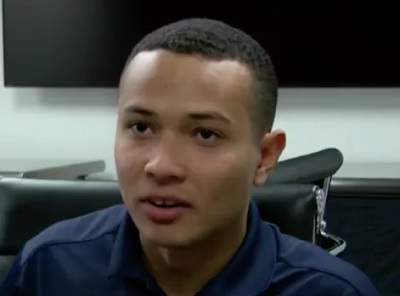 "I Hate Infidels, and I Need Attention From Men"

"After further investigation, we have learned that our employee fabricated the entire story. The customer has been contacted and invited back to our restaurant to dine on us. Racism of any form is intolerable, and we will always act swiftly should it occur in any of our establishments. Falsely accusing someone of racism is equaling disturbing."

Off topic, but will be of interest.
WW3?