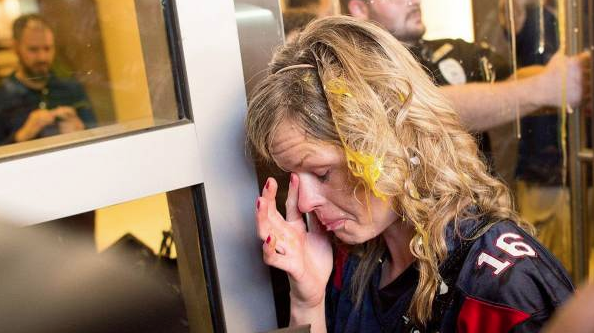 Over two years after this travesty occurred, finally it appears those who were beaten for their political beliefs, are going to get their day in court here in the United States of America.

One female Trump supporter was egged and spit on by hundreds of Mexican nationalists chanting “F*ck you!” --- (Note: The liberal Washington Post said she “taunted” them — by wearing a Trump shirt, smiling, and flashing the peace sign!)

Another Trump supporter was cold-cocked with a bag of rocks while walking to his car and left bleeding.

Weapons. Personal protection. Be prepared to take whatever comes for defending your Nation. Once the shooting starts drop the lot.