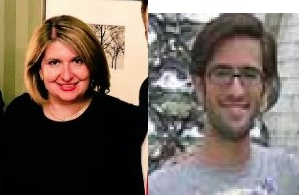 
The Mueller special counsel was created based on a bogus dossier with connections back to the Ukraine.

As we reported in December 2018, Ukrainian official Andrii Telizhenko was approached by DNC operative Alexandra Chalupa in early 2016. Chalupa wanted dirt on candidate Trump and his campaign manager Paul Manafort.

The Ukrainian embassy in Washington DC worked CLOSELY with the DNC operative Chalupa.

And Ciaramella worked with a Democratic National Committee operative who dug up dirt on the Trump campaign during the 2016 election, inviting her into the White House for meetings, former White House colleagues said.

The operative, Alexandra Chalupa, a Ukrainian-American who supported Hillary Clinton, led an effort to link the Republican campaign to the Russian government.

“He knows her. He had her in the White House,” said one former co-worker, who requested anonymity to discuss the sensitive matter.