General Michael Flynn’s attorney Sidney Powell a few days ago requested that the DOJ turn over the contents of two phones related to Joseph Mifsud. We now know those phones were from the UK, the country that is more suspect than Russia ever was! Sidney Powell on Tuesday demanded the DOJ “produce evidence that has only recently come into [the DOJ’s] possession. This evidence includes the data and metadata of the following two devices:” 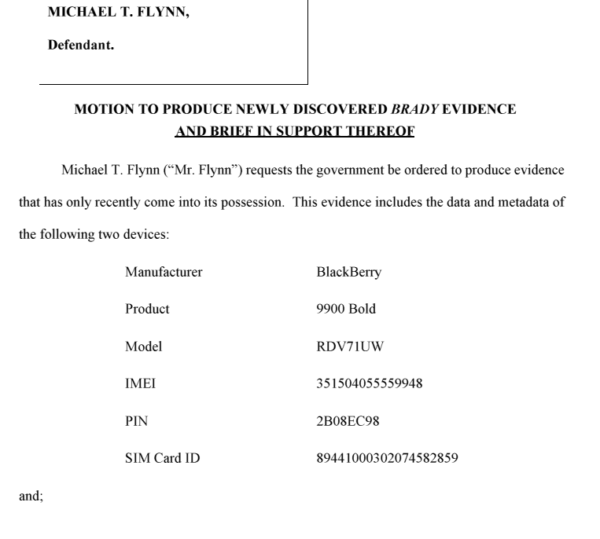 Powell wrote in her request –

“This information is material, exculpatory, and relevant to the defense of Mr. Flynn, and specifically to the “OCONUS LURES” and agents that western intelligence tasked against him likely as early as 2014 to arrange — unbeknownst to him — “connection” with certain Russians that they would then use against him in their false claims. The phones were used by Mr. Joseph Mifsud.”

WHAT ARE OCONUS LURES?

The Senate on Monday released 500 pages of documents, including text messages between demoted counterintelligence agent Peter Strzok and his paramour, former FBI lawyer Lisa Page.  One of the formerly redacted texts suggests that the FBI may have been snooping into the Trump campaign way earlier than previously believed. Without mentioning any campaign specifically, the December 2015 text message refers to "oconus lures," which is FBI lingo for spies outside the continental United States.  Strzok was leading the Clinton investigation at the time and would go on to play a central role in the Trump/Russia probe. It is being assumed that the pair was referring to the FBI's efforts to bait & hook unsuspecting Trump campaign officials overseas.


1) BOMBSHELL- From DECEMBER 2015–The word LURES is redacted by FBI but not OIG"OCONUS LURES"OCONUS= Outside Contiguous USLURES= In this context LURES = SPIES - multipleIs this an admission that the FBI wanted to run a baited Sting Op using foreign agents against Trump? pic.twitter.com/OtLxlOEGsV
— Falco OConUS Lures (@Nick_Falco) June 4, 2018

2) Kevin Brock (FMR ASST DIR OF COUNTER-INTELLIGENCE FBI)"If the FBI opened a Source or tasked a Source to gather information particulary from a US person, before opening a formal investigation, then that would be a violation of the guidelines."Looks like we have a VIOLATION pic.twitter.com/k3yLenf1wh
— Falco OConUS Lures (@Nick_Falco) June 4, 2018

Larry C. Johnson: FBI-DOJ Likely to Throw the CIA and Clapper Under the Bus