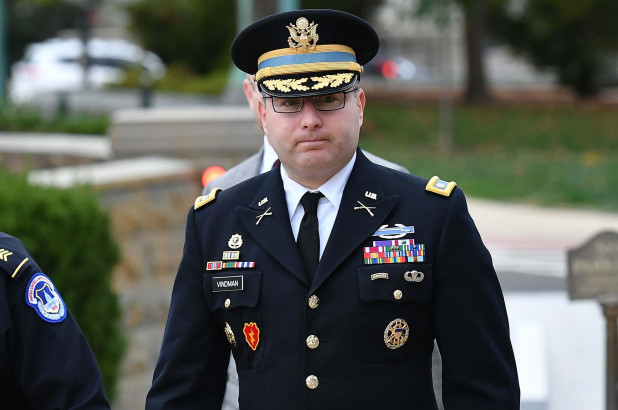 Seriously, Does This Guy
Look Like A General To You?
He Looks Like A God Damned Hall Monitor

Last night, Obama’s former Russian Ambassador Michael McFaul jumped in with Liz Cheney and Mitt Romney on anyone who called Vindman out for spying on President Trump in the White House.

NBC reported – Michael McFaul, a former ambassador to Russia in the Obama administration, praised Vindman in a tweet Monday night and called the attacks on the witness “shameful.”

“I served with Lt. Colonel Vindman in Moscow,” McFaul wrote. “Vindman is a patriot, who has served his country with honor and distinction, both on and off the battlefield. He was an absolutely first-rate military attache at the embassy, one of the best on the team.”

The fact that Vindman is connected to McFaul is alarming. McFaul was one of the first to attack President Trump’s attorney and former New York City Mayor Rudy Giuliani for investigating Ukrainian corruption involved in the Russia collusion scam.

During his work, Rudy identified the crimes committed by the Bidens in their pay-for-play scam in the Ukraine.

Did either of these two human shitbags utter a single peep about the way General Flynn was treated by the Democrats?