Ilhan Omar Lied to Her Community, Tried to Intimidate and Buy Silence, and Then Blamed It On The Jews When She Got Caught 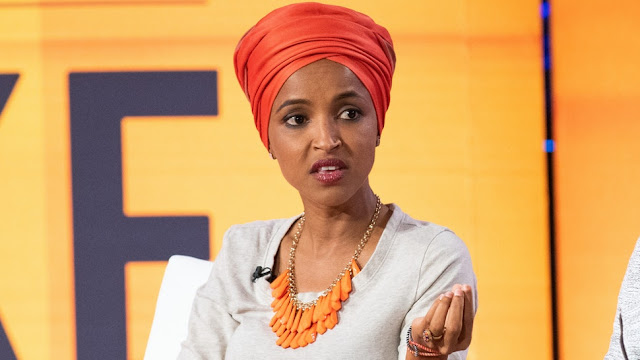 Some People
Did Something
And Got Caught In Their Pajamas

ILHAN OMAR’S REIGN OF ERROR: Powerline’s Scott Johnson titled his post “Reign of Terror,” and she certainly tried to terrorize Somalis in Minnesota. According to the post she succeeded — up to a point. Three people –Preya Samsundar, David Steinberg, and Scott– stayed on the case. Now the Daily Mail is scorching Omar internationally and one of Scott’s Minnesota Somali sources has emerged in public. Abdi Nur is a brave man.

“…She (Omar)lied through her teeth to elderly people who stood in line for hours to vote for their dreams which they saw in her…[T]his country is ours and we Love America. It is our job to defend it and I will do everything to protect it from someone who despises our country. We are united in all faiths and colors to continue to live together…”

Ilhan Omar: It's a Zionist Conspiracy

Further responding in her own fashion to the Daily Mail story on her marriage to her brother, Ilhan Omar sinks ever deeper into the morass. She now finds David Steinberg guilty of “enemy collaboration” (with Israel?), connects him to the Murdochs, connects the Murdochs to the British tabloid press (apparently including the Daily Mail, controlled by Jonathan Harmsworth) and reveals…a Zionist conspiracy! Wow. Why is it always the Jews? This woman is sick, sick, sick. She is a liar and a fraud. She is panicking. It is anti-climactic to add that she is also unfit for office.

It calls out “Pro-Israel Zionist/far-right collusion.”

It says my articles “stink of brazen collusion” w/ the Murdochs.

And @IlhanMN adds “bring it on” in support of the Jew-hating screed.

The Left and @TheDemocrats embraced this bigot in 2016 and 2018 because they hate @realDonaldTrump more than they care about the Jews.

It seems like it's time for the MSM to start writing "Stunning and Brave" features on Ilhan.
Posted by Pastorius at 1:43:00 pm