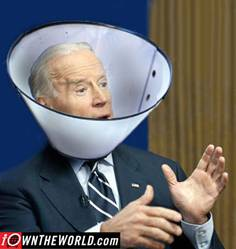 After leaving office in 2017, former Vice President Joe Biden Bragged about strong-arming the government of Ukraine to fire its top prosecutor Viktor Shokin.

Joe Biden made the remarks during a meeting of foreign policy specialists.

Biden suggested during his talk that Barack Obama was in on the threat. In April 2019 John Solomon revealed what Biden did not tell his audience.

Joe Biden had Shokin fired because he was investigating Joe Biden’s son Hunter.

Since then Joe Biden and Democrats have then gone out on an international smear campaign to destroy Viktor Shokin’s education. In January fired Ukrainian prosecutor Viktor Shokin filed an official complaint against Joe Biden for interference in Ukraine’s legal proceedings.

"The SBI has entered information about the criminal offence into the Single Register of Pretrial Investigations," Shokin's lawyer Oleksandr Teleshetskyy said at a briefing.
— BBC Monitoring (@BBCMonitoring) February 27, 2020