HUGE!!! Red Bull Company Fires American CEOs For Being... Too #Woke and Too Pro-Black Lives Matter? 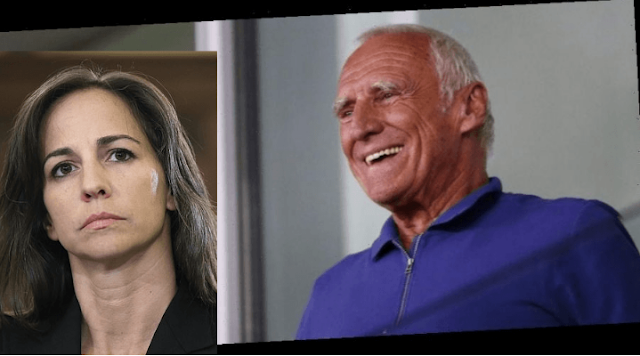 Red Bull just reminded their 'wokest' employees who calls the shots in a total massacre of "social justice warrior" employees.

Not only were the top two North American executives fired, but so were entire marketing teams and "culture" teams that were dedicated to pushing the lie of systemic racism.

Red Bull has just shown the way forward for all who want to prevent a total Marxist-style takeover of business and government in America. There is no appeasing these people, the only way forward is to fire them as quickly as possible, and with no mercy. Err on the side of firing everyone, if need be.

The article Revolver relies on, from the Wall Street Journal, is not as definitive about the reason for the firings, but it does suggest the firings had to do with SJW politics and BLM and "diversity:"

The maker of Red Bull energy drinks has replaced its top U.S. executives amid internal tensions over the closely held company;s response to the Black Lives Matter movement.

Ms. Taylor had been working on diversity and inclusion efforts within the company with Mr. Kozak's support for several years but was met with opposition when she began advocating for Red Bull to be more overt in its support of racial justice in the last month, according to people familiar with the matter.

AND A BIT FAT FUCKING FUCKING YOU TO YOU AS YOU GET THE FUCK OUT THE DOOR.
Posted by Pastorius at 2:17:00 am

"Red Bull has just shown the way forward for all who want to prevent a total Marxist-style takeover of business and government in America. There is no appeasing these people, the only way forward is to fire them as quickly as possible, and with no mercy."

Yes. Their aim is our total destruction and if you don't think such a rabidly determined force can't succeed at that just look at what your life has become the last 4 months.

I just watched Tucker Carlson and at the end he announced that the 'New York Times' has doxxed his family once again, one "Murray Carpenter" posting a story about his neighborhood. Last time they showed photos of his house and he and his family were threatened by Antifa until they had to move. They are a den of THUGS and should be held accountable if anything happens to these people as a result.

RRA,
I'm not surprised that Tucker Carlson has been targeted again. He's been fearless in telling what's really happening.

Excellent. Leave it to an Austrian to tell American social justice nazis where to get off. If it takes some spine and guts, an Austrian can provide them. And if these putrid weaklings want to boycott--let them! Vielen Dank und allen Respekt.