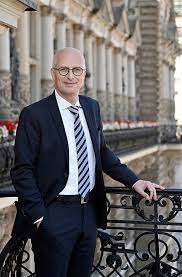 Hamburg mayor Peter Tschentscher spread patently false information on November 16 maintaining that 90 percent of the infected people in the Hanseatic city were “unvaccinated”. With this lie, the mayor justified his draconian Corona policy.

The distrust and attention of an FDP member of the Hamburg parliament led to uncovering the first citizen’s blatant dishonesty.

Tschentscher’s untruthful statements that 90 percent of the infected people in Hamburg were not vaccinated, allowed the leftwing red-green Senate in Hamburg to become the first federal state in Germany to introduce the economically destructive and socially repressive 2G system. In addition, Tschentscher publicly called for the successful 2G expansion to include the entire Federal Republic.

The FDP member of parliament Anna-Elisabeth von Treuenfels-Frowein however questioned the veracity of Tschentscher’s statements. In response to her parliamentary enquiry, the MP received Drucksache 22/6678. This not only revealed the mayor’s lies but also that the vaccination status of the infected had decreased considerably since the end of August.

If those numbers are true, AND THEY AREN'T, then they are a bizarre anomaly compared to the numbers everywhere else in the world. The anomaly is so gret that the only explanation would be aliens.