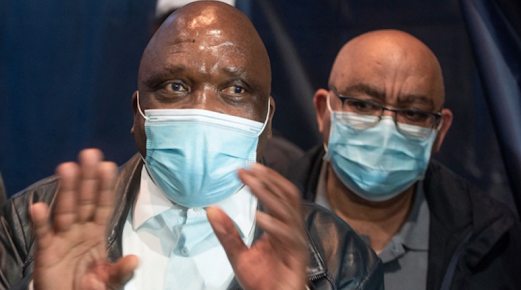 In news that you will likely not see anywhere today, government advisors in South Africa have suggested stopping tracing and quarantining those who have come into contact with Omicron because it isn’t helping to stop the spread of the variant, which for the most part causes no symptoms in those who contract it.

News 24 reports that the Ministerial Advisory Committee wrote to Health Minister Joe Phaahla “recommending that the quarantining of contacts be stopped as it is no longer viable in the current social and economic climate.”

The report also notes  “the committee said contact tracing was no longer necessary and should also be halted with immediate effect.”

The report notes the memo stated that “With only a small number of contacts identified from a proportionally small Covid-19 cases, quarantining was no longer effective for containing the spread of the disease.”

The memo also noted that “the proportion of people with immunity to Covid-19 had risen substantially… exceeding 60-80%.”

The memo also said that testing is ‘highly skewed’ because the majority of people who are getting Omicron do not even experience any symptoms.

The advisors warned of the negative effects of shutting down the country when the variant doesn’t warrant it.

“On an individual level, the consequences of prolonged quarantining include loss of income, loss of employment, and loss of schooling time. We propose that quarantining be discontinued with immediate effect for contacts of cases of Covid-19. This applies equally to vaccinated and non-vaccinated contacts. No testing for Covid-19 is required irrespective of the exposure risk, unless the contact becomes symptomatic. We further propose that contact tracing be stopped.”

The advice echoes that of South African scientists and officials who for days now have been urging that mass panic over Omicron, which originated in the country, is unnecessary and dangerous.