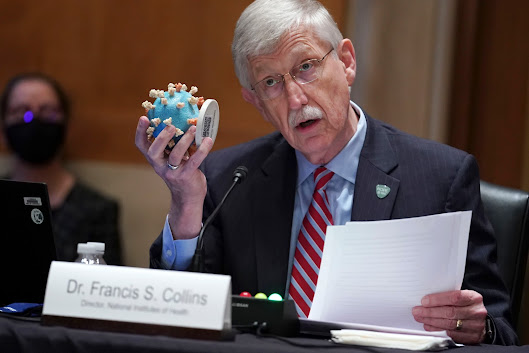 I posted on this earlier today, but I think Ace of Spades take on it is important:

Is this "The Science"? Because this looks a lot like The Politics.

And it's being done by people who have been government bureaucrats and not scientists for a very, very long time. One wonders if they even remember what science actually is.

The Great Barington Declaration was a statement written by three scientists and signed by nearly 60,000 scientists and medical professional. It urged
a policy of "focused protection" for those at risk from covid -- the elderly, the immunocompromised, the obese -- and lesser mitigation efforts for everyone else.

The three guys who wrote the statement were fully credentialed by the credentialling authorities of The Ruling Class:

Dr. Martin Kulldorff, professor of medicine at Harvard University, a biostatistician, and epidemiologist with expertise in detecting and monitoring infectious disease outbreaks and vaccine safety evaluations.

Because they could not be attacked on credentials, or on science, they had to be smeared politically.

Behold The Science in action.

So now I know what it feels like to be the subject of a propaganda attack by my own government. Discussion and engagement would have been a better path.

A key political claim -- not a scientific one, of course -- was the claim that they Barington scientists' plan for covid was to "let it rip," ignoring the facts that they called for focused protection (that is, lockdowns, quarantines) of the most vulnerable and mitigation efforts for everyone else. They just opposed the Fauci/Collins plan of lockdowns for everyone, including children and young people for whom covid posed next to no threat at all.

By the way, when this political smear campaign was executed, it was well known that covid posed next-to-no-threat to the young -- that was well-established by May 2020. This campaign unfolded in October 2020.

And "The Science" is always settled -- by the Science Priests.

And no dissent is allowed, whether about Global Warming, the efficacy of lockdowns, the justification for vaccine mandates, the danger of dietary fat, or anything else the Science Priests decree.

'There needs to be a quick and devastating take down': Emails show how Fauci and head of NIH worked to discredit three experts who penned the Great Barrington Declaration which called for an end to lockdowns

AIER, a libertarian think tank, sponsored the GBD, which largely abandons lockdowns in favor of herd immunity strategy that allows life to return to normal

In an October 8 email from Collins to Fauci, the head of the NIH calls the GBD the work of 'three fringe epidemiologists' that 'seems to be getting a lot of attention'

Collins adds that 'there needs to be a quick and devastating published takedown of its premises. I don't see anything like that online yet - is it underway?'

Dr. Jay Bhattacharya - one of the authors and a DailyMail.com contributor - tweeted that he was the subject of a propaganda attack by his own government

This thread by Dr. Jay Bhattacharya documents the lies coordinated by Fauci and Collins, and Collins' fresh lies on the Sunday shows this week, justifying his anti-science political smear operations.

One of the claim made were that these three eminent scientists were "fringe epidemiologists."