Paul Sperry: The FBI Team That Ran Crossfire Hurricane -- Currently Under Investigation by IG John Durham -- Is of Course the Team That Ran the Mar-a-Lago Raid 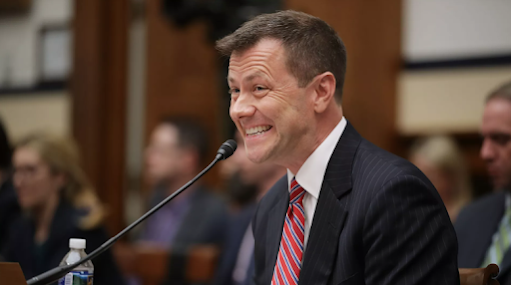 The FBI division overseeing the investigation of former President Trump's handling of classified material at his Mar-a-Lago residence is also a focus of Special Counsel John Durham's investigation of the bureau's alleged abuses of power and political bias during its years-long Russiagate probe of Trump.

The FBI's nine-hour, 30-agent raid of the former president's Florida estate is part of a counterintelligence case run out of Washington -- not Miami, as has been widely reported -- according to FBI case documents and sources with knowledge of the matter. The bureau's counterintelligence division led the 2016-2017 Russia "collusion" investigation of Trump, codenamed "Crossfire Hurricane."

Although the former head of Crossfire Hurricane, Peter Strzok, was fired after the disclosure of his vitriolic anti-Trump tweets, several members of his team remain working in the counterintelligence unit, the sources say, even though they are under active investigation by both Durham and the bureau's disciplinary arm, the Office of Professional Responsibility. The FBI declined to respond to questions about any role they may be taking in the Mar-a-Lago case.

In addition, a key member of the Crossfire team -- Supervisory Intelligence Analyst Brian Auten -- has continued to be involved in politically sensitive investigations, including the ongoing federal probe of potentially incriminating content found on the abandoned laptop of President Biden's son Hunter Biden, according to recent correspondence between the Senate Judiciary Committee and FBI Director Christopher Wray. FBI whistleblowers have alleged that Auten tried to falsely discredit derogatory evidence against Hunter Biden during the 2020 campaign by labeling it Russian "disinformation," an assessment that caused investigative activity to cease.

Auten has been allowed to work on sensitive cases even though he has been under internal investigation since 2019, when Justice Department Inspector General Michael Horowitz referred him for disciplinary review for his role in vetting a Hillary Clinton campaign-funded dossier used by the FBI to obtain a series of wiretap warrants to spy on former Trump campaign adviser Carter Page. Horowitz singled out Auten for cutting a number of corners in the verification process and even allowing information he knew to be incorrect slip into warrant affidavits and mislead the Foreign Intelligence Surveillance Act court.

In congressional testimony this month, Wray confirmed that "a number of" former Crossfire Hurricane team members are still employed at the bureau while undergoing disciplinary review. In the meantime, Wray has walled off the former Russiagate investigators only from participating in FISA wiretap applications, according to the sources.

The headline has nothing to do with the story. I'm off to find out what the UN crazies have been up to now...

Thanks for pointing that out. I have corrected it.