Well whaddaya know. It seems there MAY have been an eyewitness.
Whatcha think now, fellas? 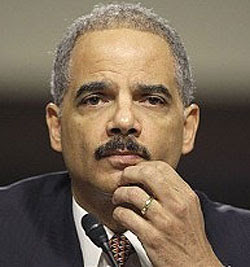 But it's ok. The Panthers didn't mean it literally.
Posted by midnight rider at 6:46:00 pm

Hmmmm....If that report linked in this post is true, then this event was something other than what we've been hearing.

That's why I cautioned it with MAY have been. However, it was a local station that brought it out, not a big one nor a conspiracy theory type station.

And yeah, you bet. It would certainly change this conversation, wouldn't it?

Hmmmm.....Can't wait to see AG Holder acting on the 'actions' of 'His People'.

They could have 10 witnesses swearing that Zimmerman acted in self defense and it wouldn't change anything as far as about 80% of these 'activists' go.
That includes Oscumma and Eric 'my people' Holder.

I agree cjk. There is no way these activists are going to back down.

I hope they get really out of hand and have to be shot. Fed up with them.

Cjk,
They could have 10 witnesses swearing that Zimmerman acted in self defense and it wouldn't change anything as far as about 80% of these 'activists' go.

Furthermore, if evidence comes out that Zimmerman acted in self-defense and he is not charged or not convicted, there's going to be trouble in the streets. Too much ramping up has already occurred. Race war, here we come.

AOW, Agreed. The facts don't matter at this point, there will be rioting.

I find it amazing that the MSM is so eager to glom onto a black kid getting shot that they will not mention the fact that the shooter (possibly victim) is Hispanic (lots of race tension there) and is in fact trying to paint him as a white guy!

The only reason, right now, that Zimmerman has been vilified is because of his race and nothing else. He's a white man who shot a black kid. The media and, it seems, the black community can't seem to see past that.

Listening to the 911 tapes and reading the PDF report released by the city manager of Sanford leads me to believe that Zimmerman might have just acted in self defense.

One thing I know, Zimmerman only brought up the race of Trayvon when asked by the police guy on the phone whether he was "white, black or hispanic". I don't think Zimmerman was racist at all.

However, the facts don't really seem to matter at this point.

As a non-white person, I am sick, tired and disgusted of this constant vilification of white people and also sick of the constant apologies (for nothing!) from liberals who are white. Shame on them all!

But what do I know, I am just racist and an Islamophobe!

what are you guy talking about.. the panthers are now just a bunch of old senile guys sucking on their gums, and craping in their diapers..