EU lifts Visa Requirement for Turkish citizens - They can now come and go as they please ... 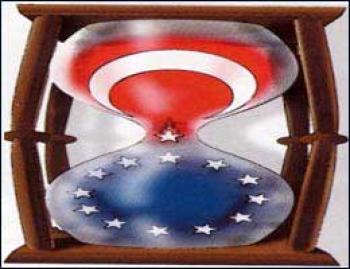 (HD).The European Union Commission announced it would life visa requirements for Turkish citizens who provide service to Germany, the Netherlands and Denmark, asking that the booklets handed out to border officials in those countries be changed accordingly, Anatolia news agency has reported.

The new change allows for Turkish citizens providing service to stay for 2 months in Germany, and 3 months in Netherlands and Denmark without holding a visa.The EU Commission recalled the European Court of Justice’s 2009 resolution ordering Turkish citizens residing and exercising their activities in Turkey and wishing to enter the territory of a member state to provide services there, would be exempted from visa in a written statement on the upgrading of the Schengen booklet to Germany, Netherlands and Denmark.

The commission detailed the guidelines on the movement of Turkish nationals crossing the external borders of EU member states in order to provide services within the EU. According to that statement, the visa exemption for Turkish citizens applies only to Germany, the Netherlands and Denmark among the 26 Schengen countries.

Turkish architects, builders, lawyers, computer scientists, commercial agents, scientists and lecturers, artists, fitters and instructors installing or repairing machinery or informing of the use thereof, professional athletes and trainers, truck drivers and others established in Turkey are considered to be employed in jobs that provide services.

They must prove their status with written statements at the borders. It's notable that this disgraceful measure was announced on Christmas Eve, when no one would be paying attention.

And Since there are no border checks between The Netherlands - Germany - Belgium; and Belgium - France.....Turks can go Anywhere they please!

Hi,
I am from Virat Bharat I Saw This Blog. This Is very Informative to our Youth. Really Good If you Want to see our Site You can easily Visit