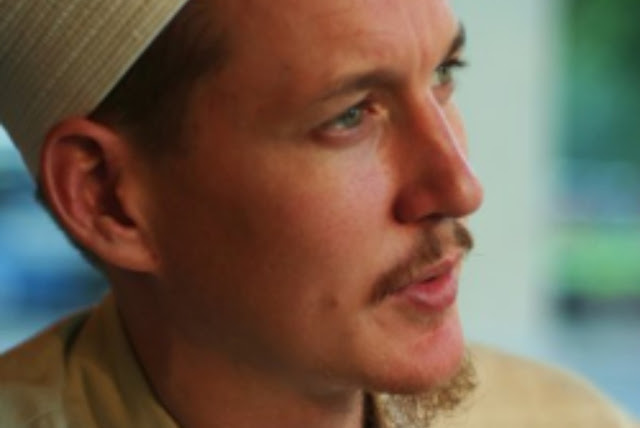 AN IMAM at Australia’s biggest mosque has issued a fatwa against Christmas, warning followers it is a ”sin” to even wish people a Merry Christmas.

The ruling, which followed a similar lecture during Friday prayers at Lakemba Mosque, was posted on its Facebook site on Saturday, according to media reports.

It appears the post is no longer on the page.

The head imam at Lakemba, Sheikh Yahya Safi, told the congregation during prayers they should not have anything to do with Christmas.

The fatwa reportedly warns: ”Disbelievers are trying to draw Muslims away from the straight path.”

It says Christmas Day and associated celebrations are among the ”falsehoods” for a Muslim to avoid.

”Therefore a Muslim is neither allowed to celebrate the Christmas Day nor is he allowed to congratulate them,” it says.

This guy is an American, born in Missouri, who converted to Islam sometime in the 1990's.

Thank God the mothefucker moved out of our country.
Posted by Pastorius at 2:50:00 pm

I don't care what this guy said. I still going to say it;

"Happy Christmas, Pasto & family (and the rest at Ibloga.blogspot.com). May you have a blessed one.. and don't forget to keep your arms loaded (with its safety click in place)"