Morrissey: London is a Violent Shithole, Its Mayor Can Barely Speak English, and the City Now Has the Highest Rate of Acid Attacks Outside of Bangaledesh 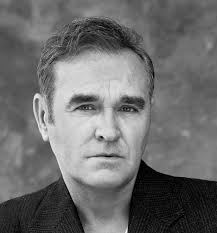 
Morrissey stated that London "is debased" and that "civilisation is over". ... Morrissey, 58, also went on claiming that "we now live in the Age of Atrocity" because of the way authorities have been dealing with acid attacks in London.

Speaking to interviewer John Riggers via his new website Morrissey Central, the singer said: "London is second only to Bangladesh for acid attacks.

"All of the attacks are non-white, and so they cannot be truthfully addressed by the British government or the Met Police or the BBC because of political correctness.

"What this means is that the perpetrator is considered to be as much of a victim as the actual victim."

He said: "As far as racism goes, the modern Loony Left seem to forget that Hitler was Left wing.

"But of course, we are all called racist now, and the word is actually meaningless. "It's just a way of changing the subject. When someone calls you racist, what they are saying is 'hmm, you actually have a point, and I don't know how to answer it, so perhaps if I distract you by calling you a bigot we’ll both forget how enlightened your comment was'."

Morrissey is officially invited to become a contributing member of Infidel Blogger's Alliance.