For Some Reason, the UK Isn't Just Insistent on Denying Care to a Sick Baby, But to Positively Killing It 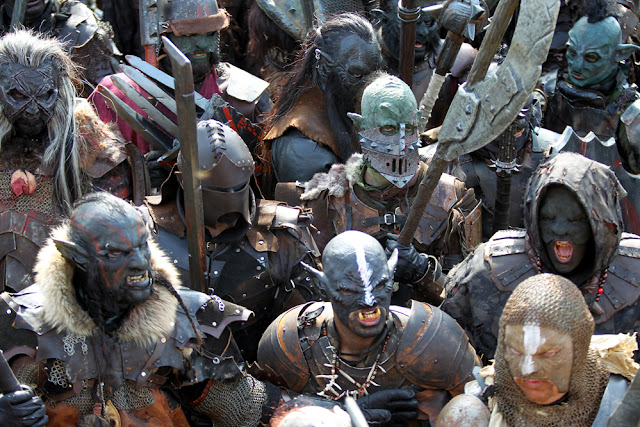 
A children's hospital in Rome has offered a free flight and free care at their clinic. The flight would be staffed by their own employees.

But for some reason, judges have proclaimed that not only is the state justified in denying care, but the state is further justified in taking active steps towards killing the infant, despite the parent's wishes and despite an offer of free care by a less savage nation.

It gets worse, if you can believe that -- the state now has its armed branches threatening citizens for speaking out against the all-powerful, all-wise state's decision:

We've issued a statement this evening to make people aware that social media posts which are being posted in relation to Alder Hey and the Alfie Evans situation are being monitored and may be acted upon. Read the full statement here: https://t.co/epopt5bhmY
— Merseyside Police (@MerseyPolice) April 25, 2018 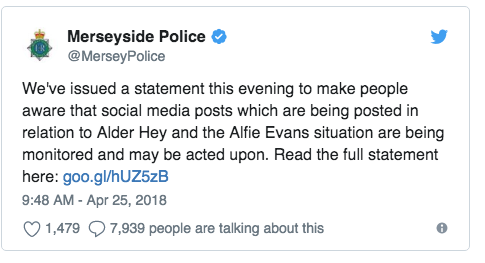 Listen, my parents were English. They are both dead now. But it only by luck that I am an American citizen, not a British citizen. My sister is a British citizen and has lived over there her entire life. I say this so you will know, clearly, that I know that British people are human beings.

And human beings do not deserve to suffer under such a tyrannical government.

However, I must pose the question: If a society is this far gone, how is Islam actually worse?
Posted by Pastorius at 3:52:00 am

This infant is being sacrificed/cut off of British medical assistance (sans murder @ British behest) in order to maintain funding for the Muhammedan invaders' progeny born with defects deemed acceptable (for long term support) to the Crown.

Previously noted: nearly all, if not all, political support for the Muhammedan invasion/population exchange in the EU is officially sanctioned by child-less progressives.
Well, apparently, the trend is moving West of the continental EU:

===>"Retweet if you or someone you know has kids and works. My opponent’s wife is telling voters that I would be unable to perform a Congresswoman role because I have two younger daughters. This outrageous & petty attack motivates me even more. "<===

Apparently, the UK is making the point that it is the state who owns children and that children no longer belong to their parents.

That's not surprising, given that is exactly what the leftist state believes.

Things seem like they're getting worse, and they are. However, in a way, things are getting better, because if you are like us here at IBA, we always knew this is what the leftists believe in, even as they denied it.

And now they are giving us the courtesy of coming right out and telling us.

He believes it is better for the government to choose our health care for us, that they know better what kind of treatment we need, or should forgo, because it is too expensive and thus sacrifice the lives of our loved ones on the altar of society’s tax burden.