Hints The Toronto Van Attacker Might Have Been Muslim After All: Toronto van attacker bald in arrest photos yesterday, has full head of hair in court sketches today 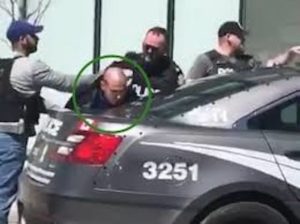 The Media is now attempting to cover up the fact he SHAVED OFF ALL HIS BODY HAIR!


Yesterday, when Toronto van attacker Alek Minassian was arrested, he was bald: Today, in court sketches, he has a full head of hair.

Here he is in a sketch published by the Associated Press and run by the New York Daily News: Court sketches aren’t a high art, but in a different court sketch run by CNN, Minassian doesn’t look like the same person at all. 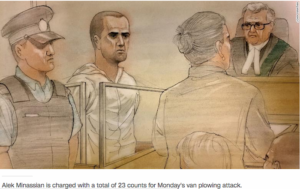 Was Minassian supplied a toupee in court today? Was he supplied two quite different toupees? Was he wearing a bald wig yesterday? Or are authorities once again not being honest with us?

Again, I’m not saying that this is necessarily a jihad attack. But as oddities such as these court sketches multiply, we have to wonder what the Canadian authorities are trying to hide. And what else are authorities hiding when jihad attacks occur?

He'll make a motza with his baldness cure!