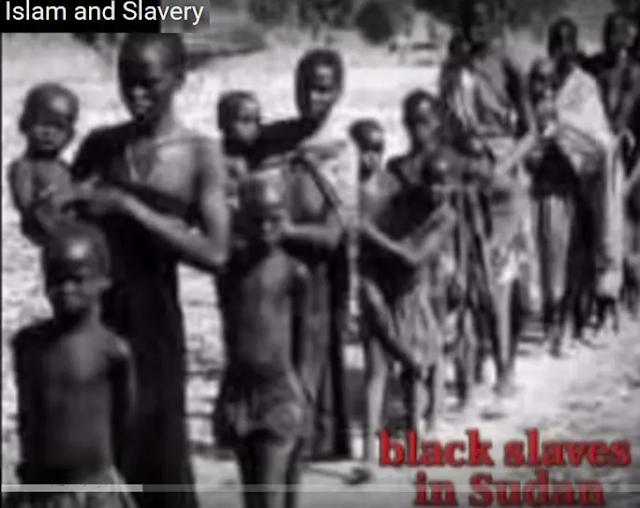 I met an African-American man recently. The man had an American accent. He obviously grew up here. He had the strong tone, and pronunciation of a American black man.

And when he introduced himself to me, he told me his name is "Abeed."

The poor guy had obviously converted to Islam, and as is customary, when a man converts, the man is given a new Muslim name; usually a name of honor, or of honoring Allah.

But the name Abeed, or Abd, is not a nice name.


Abeed (Arabic: عبد‎, plural Abīd عبيد or al-Abīd العبيد), is a derogatory term in Arabic meaning "slave". The name has been explained as an allusion to the submission that Muslims owe to God (Allah). Meyer dismisses this as "efforts by propagandists [to] explain the term away [that are] at the least, disingenuous".[1]

There have been instances of Northern Sudanese using the terms "Abid" or "Abeed" to refer to Southern Sudanese (mostly Dinka and Nuer). In Sudan they're considered the "Slave tribe" because of the Trans-Saharan slave trade. This usage is considered derogatory and has fallen into relative disuse over the years.

Southern Sudanese in turn refer to Northerners as "Mundukuru" and "Minga".[further explanation needed][2][3] According to Professor Mahmoud Mamdani however, conflicts in Sudan are not compatible with western pre-conceptions of "race".[4]

Francis Deng described the north-south division imposed by the British on Anglo-Egyptian Sudan as the British saying to the Northerners: "You Northerners are slave traders and you treat the Southerners like Abeed. Don't call them Abeed! They are slaves no longer."[5]

Jok Madut Jok argued that the Sudanese slave trade persists in the 21st century. He claimed that Southern Sudanese who work in Northern Sudan at marginal and petty jobs are regarded as Abeed because of the social standing that is concomitant with such occupations. Dinka[further explanation needed] labourers earning just enough to buy food are treated as the property of landowners and merchants.

"Displaced Southerners," Jok states, "are at the bottom of the racial hierarchy in Northern Sudan." He explains that they depend upon patronage and exploitative relationships with power brokers, with relations ranging from servitude through bonded work to serving as attractants for resources from foreign aid agencies. "The lines dividing slavery and cheap labor", he states, "are blurred."

If you take one of the "99 beautiful names of Allah" it must be preceded by "Abd" or slave.

From what I understand, Submission is different. The name for Submission to Allah, or one who submits is Abdul.

By the way, TLEP, do you know any Muslim men named Abd, or Abeed?

And question, doesn't Abdul mean "slave to" which in a name structure is followed by another name which will inevitably mean "merciful one", or "great one", or something which connotes Allah? Right?

The reason I am asking you for clarification is I think you know more about Arabic than I do.