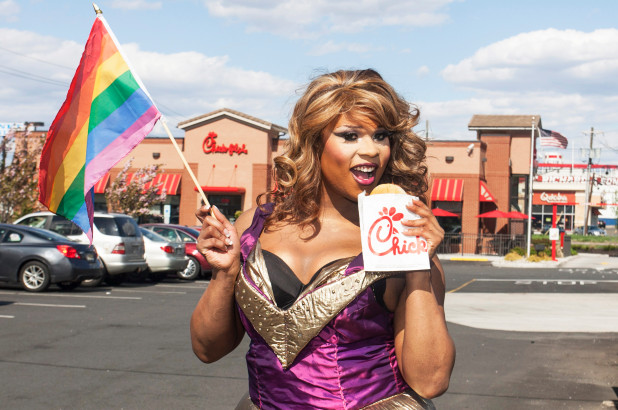 Franklin, you have done a huge disservice by not doing more investigation into Chick-fil-A’s betrayal and capitulation to the LGBT agenda. While Dan Cathy may say the company has the same values, the company’s statements and actions tell a different story.

Now that the funding commitment has expired, Chick-fil-A says it will no longer fund the Salvation Army and FCA, even though the Salvation Army fits within its giving priority of funding organizations that provide housing and food banks, and FCA provides education.

Instead, Tassopoulos states Chick-fil-A will now fund Covenant House International, which is much smaller than the Salvation Army (in only 31 cities) and an LGBTQ activist.

Tassopoulos, speaking of funding Covenant House, states: “This provides more focus and more clarity.” At least he is correct, and this clarity reveals the betrayal. The founder of Covenant House, a Catholic priest pedophile, was sued for allegedly sexually abusing the youth who were seeking shelter and food.

Covenant House proudly promotes LGBTQ on its website, referring to “LGBTQ Inclusion Initiatives,” and even doing an “inclusion assessment” at every one of its facilities.

Anyone who has read this site for a long time would know that I have always been pro-gay rights. I won't go into the specifics, but Gay people played a HUGE part in my life when I was young, as my parents were not very present a good deal of the time.

I did not step off the gay rights bandwagon, but as the Gay Rights crowd aligned itself with the "Transgender" crowd, I find I can no longer support their agenda.

Transgenderism - and it's attempt to have boys pull out their penises in girl's bathrooms at schools across the country, as well as to instill Transgender education in classes - is an attempt to sexualize children.

It is a disgusting agenda.

The Salvation Army helps thousands of addicts and alcoholics get clean and sober. I can't tell you how many people I have met whose lives have been forever changed by the work the Salvation Army does.

That Chick Fil-A would abandon The Salvation Army over the LGBTQ agenda is hypocrisy to the extreme.

It is also sick that they took those of us who supported them out onto a battlefield and then surrendered, while we stand there holding our weapons.

That is a vile betrayal of our good will.
Posted by Pastorius at 2:27:00 pm

I will no longer buy from Chick-fil-A. Overpriced, anyway.

I feel bad for the rank-and-file employees. They are good people and will pay the price before the cost hits upper management who made the decision to betray the company's base.