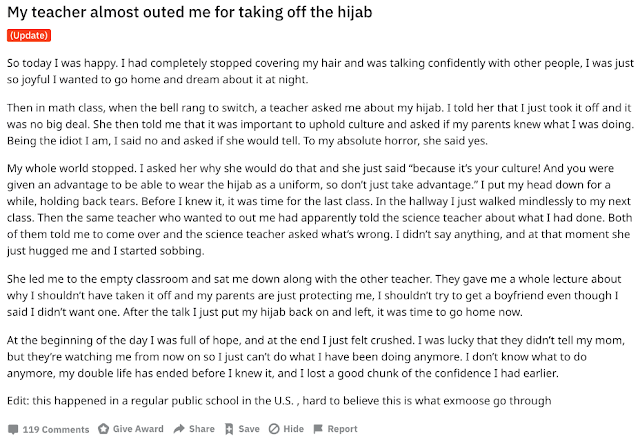 These teachers should be identified -- quietly so as not to further endanger this poor girl -- and severely disciplined. But of course that won't happen because the school authorities are the same kind of cowardly "woke" dhimmis as they are and would rather sacrifice a little girl's hope of freedom than be called "phobes". The #MeToo whores are falling all over each other to support vicious Muslim misogynist culture and Muslim-oppressed women just "trigger" their anxiety over their own hypocrisy.

I wish you were Queen of whatever state this happened in.