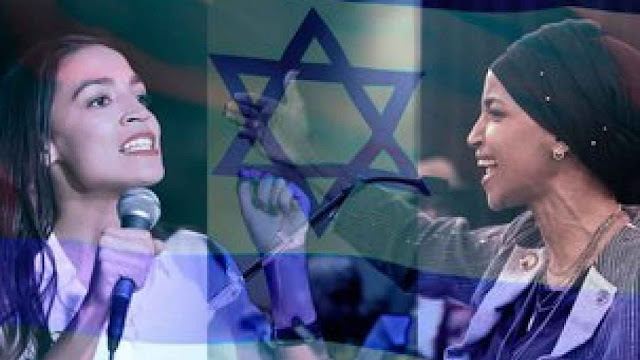 You are the resounding 72-74% majority of the 5.4 Million American Jewry who have backed the Democratic Party since the sun has risen in the East. We get it; you’re for minority rights because you will forever identify as a minority. You’re forever for JFK , even though his brand of liberalism is long gone and has actually morphed into modern conservatism.

You’re forever for FDR, even though it was the Republican Ronald Reagan who delivered approximately 3,000,000 Soviet Jews from bondage of Anti-Semitic leftist oppression.

Because the Democratic party is the perceived home of your ancestors. Those ancestors are dead, but here is your record:

• President Donald Trump, by virtue of the American Embassy move, underscores Jerusalem as the Capital of Israel. You instantly end your supine silence and find your voice in loud opposition to the most logical, lawful, courageous and Israel-loving politic. With trembling knees, you proclaim “he’s angering the Arabs” in your posturing speeches on Shul Bimahs, in schools, social media and in endless editorials. When WW3 failed to occur, you retreat back to your silence, having sufficiently defamed the President.

• President Trump reaffirms a record-setting annual budget of $4 Billion to Israel, including a $200M increase in 2019, for the next 10 years for a total of $40 Billion. What do you do? You bash the President in choir with CNN.

• President Trump defunds murderous Mahmoud Abbas to the tune of $250 Million per year. You continue to bash the President.

• You watch Trump’s appointee Nikki Haley staunchly defend Israel at the UN, time and time again. Speaking against UN’s anti-Israel biases & infinite resolutions of condemnation, like no one has ever before, Trump’s envoy to the UN stuns the world with her courage. Yet you continue to bash the President.

• President Trump stands alone against feckless Europe in ending the disastrous Obama era of Nuclear Appeasement with Iran, undoing the damage done by the your favorite ex-President. Ignoring this courageous unpopular move and Iran’s devotion to the annihilation of the Jewish people as its number one cause, you continue to bash the President.

• In every State of the Union and UN address, you hear President Trump exalt Israel, condemn the Holocaust, and explicitdly exclaim the non-negotiated American support for Israel under his administration. Backed not by his words, but by his deeds! ….You? You continue to bash the President. Holocaust Survivors and American religious Jewry unreservedly embrace the President with warm support and voter presence. Speaking at Trump’s commemorations of Jewish events and important dates, celebrating Hannukah with singing and candle lighting by Trump grandchildren and children, in full view to the world from the White House. First occurrences ever in history! And you? You continue to bash the President.

• You know of Trump Family long-standing personal financial support for Israel, Fred Trump’s designation of NY buildings for subsidization of Post-Holocaust Jews, complete with a funded synagogue inside. But you continue to bash the President.

• In August of 2015, Donald Trump's own private jet carried a critically ill 3-year-old Jewish boy from California to New York for medical treatment, when commercial airline refused to fly him. You? You continue to bash the President.

• You’ve even watched the First Daughter, The First observantly Jewish Daughter of the Oval Office (another first in history!) pray at Jerusalem’s Wailing Wall, along with her father, the grandfather of this, de facto, First Jewish Family that every Friday night observes Shabbat. Amazingly, you continue to bash the President to the sound of the CNN drum.

• You, the liberal Jews of America, continue to bash the man who has never once said, let alone done, anything remotely anti-Semitic. You go as far as partaking in discussions and events that compare Trump to Hitler and the KKK. You sign petitions and you echo the cherry-picked sound-bytes of MSNBC’s three-year smear campaign.

Good article, I went and read the whole thing and for whatever reason Front Page has only allowed 3 comments, two of which I think are invalid. Censorship is the worst thing about that site.
Deuteronomy: 32:21. They have moved me to jealousy with that which is not God; they have provoked me to anger with their vanities: and I will move them to jealousy with those which are not a people; I will provoke them to anger with a foolish nation.
Jews as a whole are jealous of Christians/Evangelical, whatever you want to call people who are serious in their Christian beliefs.
Envy is as a rottenness of the bones and effects the person who harbors it in a deadly spiritual manner.
Just as I despise and recognize the damage it does to the black community which envies whites, or the antisemites who blame Jews for their problems, so I despise it in Jews and see the destruction it does to them.

You think Jews are envious of WASP's?

I had never thought of it that way.

Did you ever read Portnoy's Complaint by Phillip Roth? That book would support your theory. It is one of the most racist books I have ever read.

Check that. I think it was clearly the most outright racist book I have ever read.