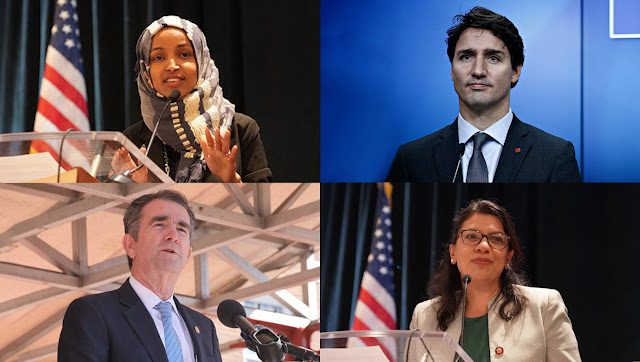 From the Babylon Bee:

In their defense, liberals have come out to clarify that their racism isn't the destructive kind condemned by most of humanity, but rather, it's a new improved form called "democratic racism."

"It's not racism---it's democratic racism," Justin Trudeau assured supporters as 78 new images surfaced of him in various shades of brown makeup. "It's totally different from regular racism, and to imply that our racism is the same as the bad kind of racism is ignorant."

To separate the new democratic racism from old, boring racism, liberals pointed out that their form is very popular, and that their base is willing to defend their racist actions and comments.

"See, they voted for us, and no matter what crazy racist comments we make, they'll vote for us again," said Ilhan Omar. "Where regular racism is condemned by all, democratic racism is voted for by our supporters. So it's, like, democratic."

It is Social Justice Racism.
Posted by Pastorius at 1:47:00 pm

Probably a home boy from Ilhan's country who slashed up the Jews in the Rabbi's home too. I suppose... that is "democratic".

Until we marginalize these bottom feeders from Congress, we will continue to suffer their stupidity.

He is bearded, but that's not QUITE a Muslim beard.

She should be hanging upside down and dry

Paul, the Babylon Bee is a satirical Christian newspaper. The stories is posts are jokes on Leftism.

Thank God this story is not true.