WOW: You can’t make this up. Twitter actually suspended Project Veritas & @JamesOKeefeIII for exposing political bias & fear mongering tools at CNN. This is a move of blatant partisan censorship. Someone at CNN straight up called Dorsey to shut down a conservative reporter. 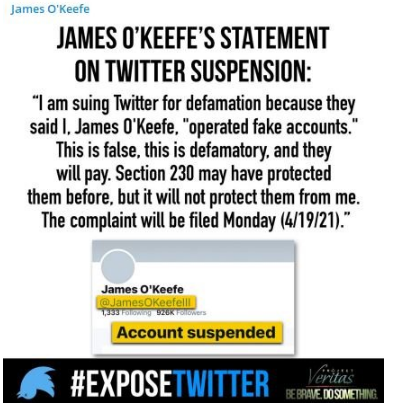 The lawsuit was set in motion after O’Keefe’s personal account — with nearly one million followers — received a permanent ban from Twitter, for operating “fake accounts.”

Twitter’s accusation of operating fake accounts was immediately challenged by O’Keefe, who maintains he has never done so.

Notice that the ME waited until AFTER Wray went before the Senate committee to deliver this report. Think that was a coincidence?

Should have been posted to previous thread. ME = Medical Examiner.