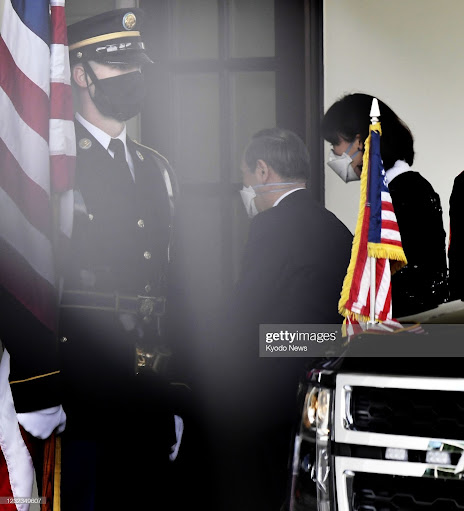 The current occupant of the White House is out to permanent lunch.

Japanese Prime Minister Joshihide Suga was the first world leader to visit the White House since Biden’s installation, and the poor form began with no-one greeting the head of the Japanese government upon arrival. When you consider the leftist narrative about stopping Asian hate, there is a rather ironic aspect to this visit and snub.

Once Prime Minister Suga was inside the White House he was shunned for the greeting by his diplomatic peer, Joe Biden.

Instead, Kamala Harris was dispatched to deliver introductory remarks. Beyond the inappropriate form, the subtle message of Kamala Harris being the acting head of the executive branch was on display.