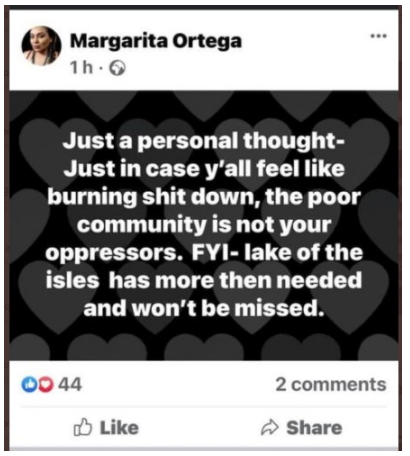 Prior to running for City Council, Ortega was a policy aide at Minneapolis City Hall and spent ten years working in city government. In a subsequent post, Ortega doubled down saying that wealthy neighborhoods “have the insurance and means to rebuild.”

“Division has been created and continues not by my hands. I’m not the greedy one living in million dollar mansions while people are sleeping in tents and on the street,” she said.

Alpha News MN pointed out that the candidate was profiled in the Washington Post Monday and said she has “always felt we’ve never really needed the police.”

“The only way forward is abolishing the police,” she said on Twitter shortly after Wright’s death. “No institution should be allowed to murder in our communities with impunity.” 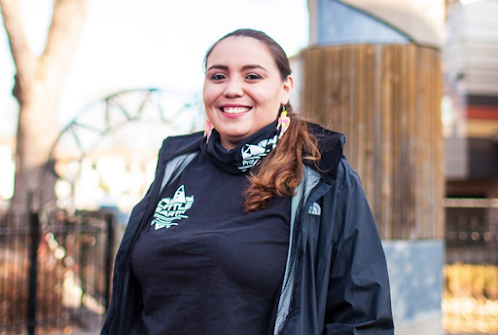 Not the greedy one living in million-dollar mansions? No, you fat cow, that's your pal who started the whole OnlyBlackMarxistLivesMatter con game. Got at least 4 of them, all of them where the hated "white privileged" live. Hypocritial scum.

These creatures are signaling clearly that they are not going to give up, but up the ante instead. Eventually there may be no way left but force to stop them from running amok and destroying everything in their path.

Could somebody please take this lady for a bra fitting? Those bonkers need a bit of help.

She better not get too close, she'd make one hell of a grease fire.