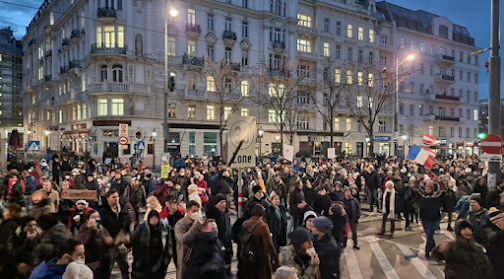 Short update on the Austrian vaccine mandates, which grow every day more disturbing. Early rumours, that unvaccinated Austrians would face substantial fines or incarceration, have been confirmed by draft legislation leaked to the Austrian press.

The plan is for local authorities to summon the recalcitrant to vaccination appointments. Those who don’t accept these binding invitations will receive a second summons, and further refusal will result in a fine of 3,600 Euros, or four weeks of incarceration. Repeated refusals could result in a doubling of the fine, to 7,200 Euros. Higher fines can also be imposed if the refusal to accept vaccination is deemed to cause “a serious danger to someone’s life or health.”

The law is envisioned to remain in force for at least three years.

UPDATE: I too am angry and also deeply depressed by developments in Austria. Please, for your protection and mine, avoid comments that could be interpreted in any way as condoning or advocating violence.