The Sex-Obsessed World Of Islam 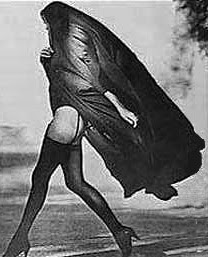 Muslims spend an inordinate amount of time and energy obsessing over sex, and figuring out ways to hide it away from themselves. Why are they so afraid of sex? Is it that Muslim men all have small penis' and thus, they are afraid of the humiliation which would come from a sexual encounter?

The men of Islam are obsessed with sex beyond even the wildest
imaginings of the Western male's mind. And the obsession is far from healthy and
even further from reality. We frequently joke about men's preoccupation with sex
and female body parts in the West, but our fascination with "T&A" is nothing
when you consider that the Muslim world is literally consumed by female
sexuality and with their fear of it.

It is ironic that both Muslim men and women are under the mistaken
impression that Western society is oversexualized compared to them, when in
fact, it is practically impossible to be more obsessed with sexual matters than
they are in Muslim communities.

Consider for a moment a culture that would prefer to let young girls
die in a burning building than to risk having them run out of said building not
clothed in properly modest dress; and tell me that such a society is less
preoccupied with matters of sex than we are in the West.

The women in this misogynistic Islam are brainwashed from birth into
thinking that this cultural preoccupation somehow is necessary and that it
"liberates" them in some bizarre manner.

Amazingly, this medieval culture has grasped the fundamentals of both
Orwellian and postmodern rhetorical rationalizations, that are so prominent in
certain intellectual quarters within our own culture! I have heard the canned
rationalizations coming from their lips of muslim women myself; and they all
claim that it frees them from having to be "sexual objects."

On the contrary, in Islamic society that is apparently the only role
open to women. That, and breeders for the jihad.

Arabs' obsession with sexuality--and that obsession is present in most Arabs, be they Muslims are not--is a taboo subject in the msm.

Arab proverb: "A woman for breeding, a goat for convenience, and a boy for pleasure." That might be in Michener's Caravans. Anyway, I've confirmed it with several apostates as well as some other sources.

We will have every Hizbollah women fucked by dogs.
We will send Phallus of ours into ass of All priests muslims.
We will have Khamenei and Rafsanjani and Ahmadinejad and Khatami and Akbar Ganji fucked by a great penis Of donkey and whale .
We will fuck all foreign government that help mullah.
کیر سگ تو کس ننه سید اولاد پیغمبر و کس ننه خود پیامبر اسلام.
کیر خوک تو کس ننه امام حسین.
کیر خر تو کس ننه شیعیان.
صلوات: الله و کیر خر تو کس ننه محمد و آل محمد.
This is a beautiful cultural message for you.

stupy, don't u know ,small penis can be increase in size, lot of med available in world/internet. so what you wrote/justified is wrong. meaning all u wrote is based on your wrong mind

Muslims are sex obsessed because they are guided by lucifer; you know that allah is satan.

the first anonymous comment on this thread showed a mind obsessed with nasty beastiality. most westerners are not into beastiality at all. even worse than beastiality is the use of the word 'phallus' and really folks....sex is a good thing, and a great workout. just please use protection and don't break up families.