The Siren Song Of A Postmodern Itjihadi 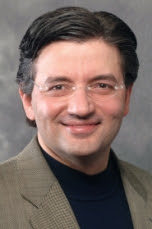 M. Zudhi Jasser seems like a nice guy. He seems like a sincere guy. I know Pamela is going to have him on her show tomorrow night.

But, let me say this: It doesn't matter if Jasser is nice or sincere. His words are a Siren Song. His pretty words would lull us to sink beneath the waves.

Honestly, we can't afford to give credence to what this man says. Check it out:


We need the anti-Islamist Muslims

Most should understand that strategically, identifying ‘Islam as the problem,’ immediately alienates upwards of one quarter of the world’s population and dismisses our most powerful weapon against the militant Islamists—the mantle of religion and the pulpit of moderate Muslims who can retake our faith from the Islamists.

The majority voices in the middle, the non-Islamist and anti-Islamist Muslims who understand the problem, have to be on the frontlines. They cannot be on the frontlines in an ideological battle being waged, which demonizes the morality of the faith of Islam and its founder, the Prophet Mohammed. We cannot win this war only on the battlefield. Political Islam has a viral recurrence in the form of an infection which needs a Muslim counter-jihad in order to purge it. Thus, we cannot win this ideological war without the leadership of Muslim anti-Islamists. The radical and political ideologies of Islamism, Wahhabism, Salafism, Al Qaedism, Jihadism, and Caliphism, to name a few, cannot be defeated without anti-Islamist, anti-Wahhabi, anti-Salafist, anti-Al Qaedist, anti-Jihadist, and anti-Caliphist devout Muslims.


Sounds ok, so far, right? So now, let us watch as, inevitably, this nice Muslim man starts to lay the blame on non- Muslims:


So often, attempts by anti-Islamist Muslims to claim that our faith has been hijacked or our faith has been twisted are dismissed by non-Muslims. They simply take common interpretations of Wahhabis and say rather that, ‘it is the anti-Islamist Muslim who is deluded and who is misrepresenting the faith of Islam”. They use the citations of the militants from our Holy Qur’an’s scripture and from many authentic and questionable Hadith (discussions of the Prophet Mohammed) to marginalize moderate Muslims and claim that they have no theological framework from which to claim legitimacy.

The question remains-- who or what defines Islam, and under what authority?


Yes, I say that is the question. And, the answer is, Muslims define Islam. Non-Muslims observe Islsam. We can not shoulder the blame for the misunderstanding of Islam. If there were appreciable numbers of Muslims speaking out against Islamism and terrorism, then non-Muslims would feel differently. Let's look at more of Mr. Jasser's article:


The process of theological renewal and interpretation in the light of modern day thought—ijtihad—as it is known in Islam is in many ways hundreds of years behind Western enlightenment today arrested around the 15th century. This process can either be facilitated by non-Muslims or hindered by the belief that it is impossible. There is quite a bit to be said for the value of a necessary critical facilitation (nudging) of Muslim reform (as opposed to blind uncritical apologetics). But there is also a fine line between useful criticism of Muslims and especially of political Islam and the less than helpful alienation of all Muslims through criticism of the faith of Islam in general.


I'm still kind of buying it at this point. I'm not exactly digging the idea that non-Muslims are responsible for "alienating" moderate Muslims. The deafening silence of moderate Muslims is the single biggest reason I have become so "alienated" by Islam.

Believe me, right after 9/11, I was very concerned about the effect the disgusting Islamofascist attack was going to have on decent Muslims in general. (I was truly concerned that there would be an outbreak of violence against Muslims.) But, as the years have passed and decent Muslims have not stepped up and spoken out against Islamofascism in any organized fashion, I have found it harder and harder to believe that they care, honestly.

Now, I do appreciate the fact that Mr. Jasser is making an attempt to redefine Islam in a more moderate and decent way, but the fact is, this guy has a very small group of people who will stand with him. If I am not mistaken, his organization boasts less than 100 members throughout the United States.

Compare that to CAIR.

The fact remains, there is no moderate Muslim organization, government, media outlet, or academic institution, of any appreciable size, anywhere in the world.

But, as I say, I do appreciate Mr. Jasser's efforts, so let us look at how he proposes to redefine Islam:


Like most believers of any of the major world religions whether Jewish, Christian, or Muslim, I, as a Muslim believe that Islam carries the same messages of humanitarianism and compassion shared by the religions of the God of Abraham and deserves an equal place at the table of world religions and is not in conflict with our American Constitutional government.

It is important to be academic about this assessment and not assume that what appears to be the silence of the majority of Muslims equates to agreement with the Islamist leadership who exerts a stranglehold over the community.

Is Islam compatible with democracy? Can Muslims separate mosque and state? Can Muslims be anti-theocratic? Can Muslim behavior and thought today be consistent with modernity while so many current Muslim legal constructs enacted in the name of sharia law seem not to be? How do Muslims reconcile their history of an empire ruled by a Muslim Caliphate, an empire which had varying rules for its citizens based upon faith with today’s more pluralistic universal laws of American society blind to one faith? How do Muslims reconcile the plight of women’s rights in ‘Muslim’ societies with their faith and the West? Those are just a few of the questions so many thoughtful writers have tried to answer since 9-11.

Before embarking upon a discussion of any of those questions, which can fill texts, a more fundamental question remains concerning the central principles of any Muslim’s faith. Is the foundation of Islam as felt and practiced within each Muslim a moral one?

Before blanketing the faith of Islam as a threat to Americanism (religious pluralism), Americans first need to be able to separate Islam from Islamism and Islam from what some Muslims do.

From this spirituality, this goodness, then arises the character, which an individual carries to life and to our theological texts and their derived interpretations. While the body of laws available today may not all contain a modernized interpretation, it can certainly be modernized if the Muslims doing the modernizing are of sound moral conviction and integrity and education.

My family always taught me that a Muslim will not miraculously find his or her character within the pages of the Qur’an or Hadith. But rather, a Muslim’s interpretation of our holy text is through the lens of one’s established moral character, which is developed on a personal human level from within the soul and conscience not a textual one.


In other words, pay no attention to the maniacal prophet behind the curtain. Mr. Jasser proposes to rebuild Islam by canonizing his feelings of goodness.

That is not how Christianity nor Judaism, nor Buddhism, were built over the centuries. Rather, those three faiths were built upon scripture which is taken as sacred.

This is how it is done.

And yet, Mr. Jasser would like to have us believe we ought to throw away the only system which has ever been found to work, and take him at his word that the good feelings of the majority of Muslims can be substituted for a body of law and carry the Ummah forward in a positive direction.

This is a postmodernist concept of faith.

It will not work. Sorry, Mr. Jasser. Unless you come up with some better ideas, your Itjihad will only serve to forward the Jihadis ambitions.