Surrick ruled that Berg lacked standing to bring the case, saying any harm from an allegedly ineligible candidate was "too vague and its effects too attenuated to confer standing on any and all voters."

I don't know that I quibble with Berg's lacking standing. That may indeed be so.

But Obama's Constitutional qualifications don't matter? Is that what the judge is saying? If so, then this also follows: 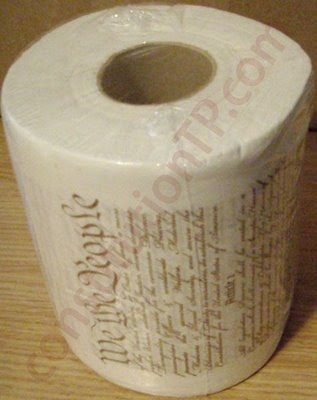 Always - there is more to this story.

Has Obama ever definitively, via documentation, answered this question about his citizenship?

With the ever evolving narrative on Obama's heritage - not sure if even he is sure.

Nevermind that..how can a citizen LACK STANDING if there is ANY evidence that a prez candidate is not qualified, no matter how weak?

The honorable Judge Surrick's decision (if it was his, fax artifacts lead to questions of who authored this decision) clarified for all of us - there is NO existing entity/individual/political position which possesses 'legal standing' & the power to challenge any political/presidential candidates eligibility prior to election.

A procedural vaccuum of this scope within our nations constitutional checks and balances must be immediately addressed in the courts to prevent this ever becoming a potential issue again.

US constitutional definition
Although the United States Constitution does not explicitly define the term “natural born citizen”, Section 8 of Article I confers on Congress the power: “To establish an uniform Rule of Naturalization…” This power has been construed[weasel words] to include defining the characteristics of a “natural born citizen”[citation needed], as well as the conditions of “naturalization”.

Section 1 of Article II of the Constitution contains the clause:

“ No Person except a natural born Citizen, or a Citizen of the United States, at the time of the Adoption of this Constitution, shall be eligible to the Office of President; neither shall any Person be eligible to that Office who shall not have attained to the Age of thirty five Years, and been fourteen Years a Resident within the United States. ”

Additionally, the 12th Amendment to the Constitution states that: “[N]o person constitutionally ineligible to the office of President shall be eligible to that of Vice-President of the United States.”…

John McCain, who ran for the Republican party nomination in 2000 and is the Republican nominee in 2008, was born at the Coco Solo U.S. military base in the Panama Canal Zone to U.S. parents. Although the Panama Canal Zone was not considered to be part of the United States,[6] federal law states: “Any person born in the Canal Zone on or after February 26, 1904, and whether before or after the effective date of this chapter, whose father or mother or both at the time of the birth of such person was or is a citizen of the United States, is declared to be a citizen of the United States.”[7] The law that conferred this status took effect on August 4, 1937, one year after John McCain was born — albeit with retroactive effect, resulting in McCain being declared a U.S. citizen.[8] However, the question as to whether or not he is a citizen from birth cannot be answered by this law because (1) it took effect after his birth and (2) it does not state that the person’s citizenship was acquired at birth, only that they are a citizen by means of the law’s establishment (and, hence, at the time the law takes effect). Indeed, the law in 1936 stated that all persons born to two US citizen parents outside the “limits and jurisdictions of the United States” are citizens at birth. The status of Mr. McCain’s citizenship at birth nonetheless remains questiond by some.[9]…

The requirements for citizenship and the very definition thereof have changed since the Constitution was ratified in 1788. Congress first recognized the citizenship of children born to U.S. parents overseas on March 26, 1790, under the first naturalization law: “And the children of citizens of the United States that may be born beyond sea, or outside the limits of the United States, shall be considered as natural born citizens.” (See ref. for the Act of 1795)[10][11]…

All persons born in the United States, except those not subject to the jurisdiction of the U.S. government (such as children of foreign diplomats) are citizens under the Fourteenth Amendment. Persons born in the United States, and persons born on foreign soil to two U.S. parents, are born American citizens and are classified as citizens at birth under 8 USC 1401. There is some debate over whether persons who were born US citizens and are classified as citizens at birth under U.S. law should also be considered citizens “by birth,” whether they should all be considered to be “naturalized,” or whether they should be considered “statutory citizens.” There is also some debate over whether there is a meaningful legal distinction between citizens “at birth”, citizens “by birth” and “statutory citizens” since U.S. law makes no such distinction, nor does the Fourteenth Amendment use the term “at birth.” Current U.S. statutes define certain individuals born overseas as “citizens at birth.”[12] One side of the argument interprets the Constitution as meaning that a person either is born in the United States or is a naturalized citizen. According to this view, in order to be a “natural born citizen,” a person must be born in the United States, or possibly an incorporated territory; otherwise, they are a citizen “by law” and are therefore a “statutory citizen,” (not necessarily, however, a naturalized citizen, which implies a pre-existing foreign citizenship).[2] Current State Department policy reads: “Despite widespread popular belief, U.S. military installations abroad and U.S. diplomatic or consular facilities are not part of the United States within the meaning of the 14th Amendment. A child born on the premises of such a facility is not subject to the jurisdiction of the United States and does not acquire U.S. citizenship by reason of birth.”[13] However, the State Department is of the opinion that this does not affect those who are born abroad to U.S. citizens and who otherwise meet the qualifications for statutory citizenship.[14]…

Schneider v. Rusk, 377 U.S. 163 (1964): The Court voided a statute that provided that a naturalized citizen should lose his United States citizenship if, following naturalization, he resided continuously for three years in his former homeland. “We start from the premise that the rights of citizenship of the native-born and of the naturalized person are of the same dignity and are coextensive. The only difference drawn by the Constitution is that only the ‘natural born’ citizen is eligible to be President.”…

Miller v. Albright, 523 U.S. 420 (1998): A child born overseas to an American father and a foreign mother (not married) is not a U.S. citizen unless paternity is established before an established age (in this case 21). This case challenged the law on the grounds that U.S. law requires no explicit acknowledgment of parenthood in the case of a foreign-born child to an American mother and a foreign father (not married)…

None of the above is very clear, but the following seems pretty clear:

Currently, Title 8 of the U.S. Code fills in those gaps. Section 1401 defines the following as people who are “citizens of the United States at birth:”

This moronic judge is saying no one has the authority to compel enforcement of one the original constitution's basic premises?

Take it all the way to SCOTUS.

I'm not buying it, and this has nothing to do wit the quality of evidence in this particular case.

I find it simply amazing that there seems to be no apparatus in the US for finding out whether a person is actually eligible to be president, or not. What's going on there?

Surely, it wouldn't be that difficult to find out, one way or the other.

It CAN'T be that difficult to determine yes or no! Was he born in the United States or not? How hard can that be to find out?

Epa, Mark, and CW,
Apparently, Obama-mania has really taken hold. His supporters don't want to find out if he's actually eligible for the office.

Contrast that reaction with McCain's when the location of his birth was brought up.