Arif Alikhan and the MPAC

Seems to be a pattern forming with regard to those being appointed by this administration. Either they, their affiliates, the organizations they are involved with or their friends, are shady as hell.


And in the case of Arif Alikhan, it is no different.

Although we cannot find his statements regarding Hizbollah or Hamas, I do believe the following information, makes it very likely they exist, somewhere.

His ties to MPAC and their background, follows:


TEL AVIV – An Arab politician recently appointed to a key position by Homeland Security Secretary Janet Napolitano helped raise funds for an Islamic group that has labeled a deadly anti-U.S. terrorist attack a legitimate operation, referred to terrorists as "freedom fighters" and equated Muslim jihad with the sentiments of American statesman Patrick Henry, WND has learned.


Napolitano praised Alikhan and another appointee, David Heyman, for their "broad and impressive array of experience in national security, emergency preparedness and counter-terrorism."


The Greater Los Angeles Area chapter of the Council on American-Islamic Relations, or CAIR, likewise praised the appointment of Alikhan.


WND has learned that just 13 days prior to his appointment by Napolitano, Alikhan joined the Muslim Public Affairs Council, or MPAC, for a special fundraiser called "Be the Change" to support what the group calls its innovative leadership development programs.

Edina Lekovic, who serves as communications director for MPAC, was a "managing editor" of Al-Talib magazine which featured text in an article written by their staff that praised Osama Bin Laden as a "freedom fighter".


During a television interview on CNBC's Kudlow and Co. in June of 2007 in which Steven Emerson ,of the Investigative Project on Terrorism, was also on the program, Lekovic denied that this was true.


After the interview Lekovic sent an angry e-mail letter to Emerson that her name appeared on the Al-Talib magazine's masthead by mistake.


However, Steven Emerson of IPT has provided clear evidence to the contrary.


MPAC, along with CAIR, were instrumental in pressuring the LAPD into abandoning a program to monitor the city's Muslim community. Arif Alikhan moderated a meeting with city officials in which the decision to abandon the program was announced.


Last July '08, members of MPAC outside demonstrated Congressman Brad Sherman's office demanding that a planned subcommittee hearing on whether or not some U.S. aid is finding it's way into the hands of terrorists be canceled.


Now just why would they do that? They are not concerned that U.S. funds could be used to actually support anti-American Islamist terror organizations? Or, which is most likely the case, they don't want efforts made to keep U.S. funds out of the hands of terrorists.


MPAC executive, Salam Al-Marayati, on the day of the 9/11 Islamic terror attacks against America said this,


"If we are going to look at suspects, we should look at groups that benefit the most from these kinds of incidents, and I think we should put the State of Israel on the suspect list…"


IPT also reports that Hassan Hathout, a founding member of MPAC, has been described as "a close disciple of the late Hassan Al-Banna of Egypt, and a founder of the terrorist organization Muslim Brotherhood.


There is more on MPAC from IPT and from Discover the Networks here.


Now just why would Obama appoint a man to a position with the Dept. of Homeland Security who is affiliated with MPAC?


From its inception, MPAC presented itself as more inclusive, and more open to peaceful coexistence with Jews and Christians, than other Arab and Muslim groups, and sought to make Americans comfortable with Islam by showing how much the religion embraced core American values.


However, looking deeper into this group: MPAC's Senior Advisor, Maher Hathout, who has close ties to the Muslim Brotherhood and espouses the radical brand of Islam known as Wahhabism, was invited to address the Democratic Convention in Los Angeles in 2000.

MPAC's centrist public image unraveled after the September 2000 launching of the Second Palestinian Intifada, when the Council severed its ties to the Jewish community and issued one-sided condemnations of Israel's response to the Arab violence.

This group actively opposed Bush's military incursions into Afghanistan and Iraq, as well as his "excesses" in the war on terror.

In February 2003, MPAC joined the Council on American-Islamic Relations, the American Muslim Council, and the American Muslim Alliance in forming a coalition to repeal and amend the Patriot Act, which they see as an assault on the civil liberties of Americans, particularly Muslims.

But the most notorious example of MPAC’s questionable focus is its war on terrorism expert Steve Emerson. At a conference on “Countering Religious & Political Extremism” held on December 18, 2004 (and later televised on C-Span), it distributed a 48-page booklet attacking not bin Laden, or Zawahiri, or Zarqawi, but Emerson.

Entitled “Counterproductive Counterterrorism,” (available here pdf) the booklet sought to frame opposition to Emerson as a national security issue: “In order to enhance the security of our country, it is necessary to expose the vocal minority of Americans who continue to exploit the tragedy of September 11 to advance their pre-existing anti-Muslim agenda.” MPAC excoriates Emerson for asserting that “political correctness enforced by American Muslim groups has limited the public’s knowledge about the spread of radical Islam in the U.S.,” but their anti-Emerson report attempts to do just that by impugning Emerson’s motives, competence, and good will.

In the NATC FAQ, in an appalling display of moral myopia, MPAC even implies that Emerson and others are equivalent to Islamic terrorists: the question “Why does this campaign focus just on Muslims? Why not extremists amongst Christians and Jews?” gets this answer: “Without doubt Christian extremists such as Pat Robertson, Jerry Falwell, and Franklin Graham or Jewish extremists such as Daniel Pipes and Steve Emerson need to be held accountable for their falsehoods and distortions. But let’s face it, if another terrorist attack occurs Christians and Jews will not be the ones rounded up or have their civil liberties effected.”

Now tell me, if Arif Alikhan does not maintain the same beliefs as MPAC, why would he involve himself in a fundraiser on their behalf? Or, like Obama's 20 years in Wright's church, he didn't actually "hear" what they said? Or, like Van Jones, he didn't "see" their words? And of course, Obama never seems to "speak" up about them.

He just throws them under the bus. 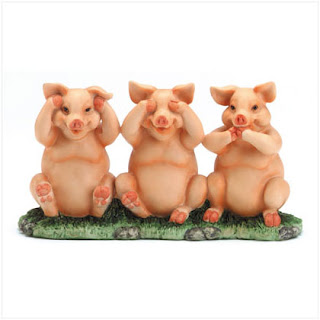 No, not conclusive. But it does leave open the possibility that his purported statements, were made.

The only way we'll know the answers is if someone can find them. Cause he'll definitely not fess up.

MPAC puts him at least at the level of Van Jones / Mark Lloyd.

If that Hezballah statement exists, or he has refused to condemn them or HAMAS, he needs a new job

Epa,
If I'm not mistaken, BARACK OBAMA refuses to condemn Hamas. Aren't they, according to him, the legitimate government of the Gaza territory?