FORBES:There is a failure of leadership in the U.S. in formulating an economic plan that helps more than the wealthiest citizens 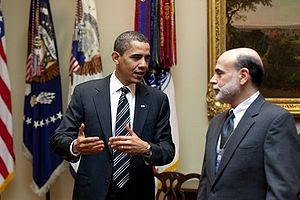 In housing, the Case-Shiller home price index fell almost 3% on an annualized basis in August and September, the weakest performance since May of 2009 when the recession still going on. In 19 of the top 20 cities, prices were down on a seasonally adjusted basis. During the July, August, September period sales of new homes fell at a sickening 41% annual rate to 293,000 units the lowest level ever recorded going back to 1963, when the figures were first kept.

In unemployment, emergency benefits to extend 99 weeks (almost two years) of unemployment benefits are running out or for some 4 million to 5 million people from December through April. This is proof positive that we are on the cusp of a deepening poverty at the very moment of political stalemate. Rosenberg says government handouts are responsible for 20% of disposable income in the country, so pray for the stability of the Social Security system. In personal Income, this loss of unemployment benefits means a loss of income equal to about $300 a week, or about $80 billion totted up, unavailable for consumption.

I have seen no other market strategist get down to the prospects for the people at the bottom of the income ladder. Did you know that 38% of middle income families plan to spend less than $500 on holiday gifts, double the number last year?

Look at global air cargo shipments, an indicator of health for global economy. They slid ominously by 2.1% last month. The Air Transport Association found this "worrying," according to Rosenberg's daily letter "Breakfast with Dave." Durable goods orders are down 0.8% if you exclude orders for aircraft components, which suggests air travel and tourism might be good place to invest dollars.

Good news? Some 83% of companies have beaten their profit estimates, putting their margins at a high point despite the slowness in revenues. Large public companies have risen in share price because they cut out overhead. They laid off a lot of people and were able to report significant profit gains from the bottom of the recession cycle.

Continue reading FORBES:There is a failure of leadership in the U.S. in formulating an economic plan that helps more than the wealthiest citizens.
Posted by Epaminondas at 7:13:00 pm

SANAA (Reuters) - Yemen freed on Sunday a female suspect detained in connection with explosive packages sent from Yemen and bound for the United States on condition that she appears when summoned for questioning, a relative said.

Asked if the woman had been released, a family member who refused to be identified, replied: "Yes."