UPDATED AND BUMPED: SUSPECT IDENTIFIED ---9 stabbed when man goes on 'unprovoked' attack by "a single evil individual" at Idaho apartments home to many refugees: Police 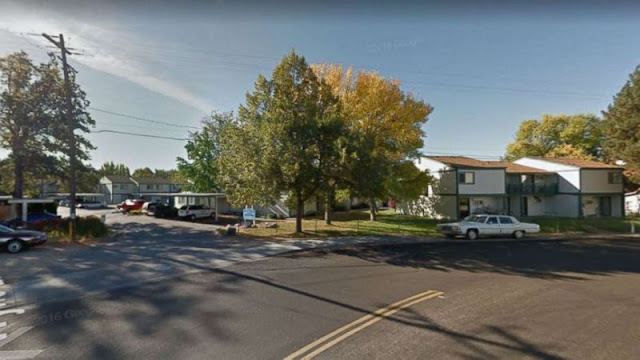 "An Unprovoked Attack By A Single Evil Individual"


Nine people are hospitalized, some seriously, after a man went on a stabbing spree at an apartment complex in Boise, Idaho, that is home to many refugee families, police said. A 30-year-old man from out of state has been arrested in connection with the attack Saturday night that police said seemed to be "unprovoked."

"This incident is not a representation of our community but a single evil individual who attacked people without provocation that we are aware of at this time," Boise Police Chief Bill Bones said Saturday evening.

"Our community is reeling from this attack." Police said they do not know if the suspect is connected to the victims in any way. Boise police got a call at at 8:46 p.m. local time about a man with a knife attacking victims at the apartment complex.

The suspect was located and taken into custody immediately, police said. The officers found the stabbing victims in the apartment complex and its parking lot, according to police. Nine were taken to a local hospital.

"The suspect is in custody and being interviewed at this time," the Boise Police Department said on its Twitter feed. "Victim witness coordinators and counselors are working with the victims and witnesses to provide them services in the days and weeks ahead."

There is a suspicious level of 'no information' in the story.

When you lose freedom of the press it takes the censors time to get approval to release the truth. We'll get the whole story after it is approved for publication.

Which, of course, means that MORE THAN LIKELY THIS CRIME WAS COMMITTED BY A MUSLIM ...

MAYBE EVEN AGAINST OTHER MUSLIMS.

I think this really was the work of a single evil individual: 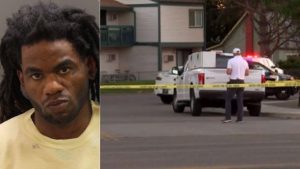 The Ada County Sheriff’s Office told Fox News on Sunday 30-year-old Timmy Earl Kinner has been arrested in connection with the attack. Kinner has been charged with 9 counts of battery-aggravated assault, and 6 counts of injury to a child, according to jail records. Kinner is scheduled to appear in court on Monday, sheriff’s officials told Fox News.

BTW: The Malaysian mosque dancers were ID'd; two Chinese tourists. Paid a small fine and were "escorted" out of the country.

Apropos this story there is a great comment by poster "Empire_of_Liberty" on the Free Republic board:

"It seems to be a requirement of “news” these days that there be no facts involved. A story loaded with emotion and devoid of information."

That apartment complex management is probably picking up good money from the "resettlement" industry to host those "refugees". I have a friend who was evicted from his home just for speaking out in a similar situation. It's likely the perp is another "refuge" -- anything else would have been trumpted at "racist attack!".

And isn't Idaho the state where the rape of an American child by "refugee" kids was covered up?

Blacks, brown, muslims-- savages from savage lands, any way you want to cut it.