Donald Trump Was Elected To Break The Elite, OF COURSE They Want To Impeach Him 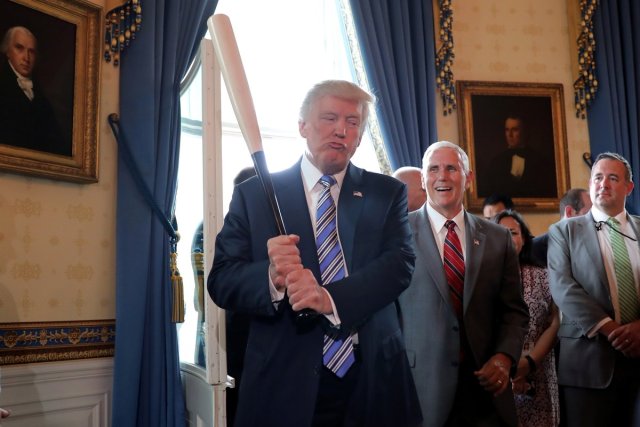 (CNN)When the global elite are aligned against him and laughing like the immature cool kids you hated in middle school, President Donald Trump is winning. When the liberal law professors are neglecting their Thanksgiving turkeys to read congressional transcripts and snarking about Trump's 13-year old son, Trump is winning.

When the politicians are mad — so mad that they have shut down all policymaking to impeach the President of the United States on what constitutional scholar Jonathan Turley called "wafer thin" evidence —Trump is winning.

You have to remember: Donald Trump wasn't elected to fit in with these people — the political, intellectual class -- to make them happy, or to become one of them. He was elected to break them. And that's apparently what he's done.

After Wednesday's House Judiciary Committee hearing featuring three liberal law professors and Thursday's announcement by House Speaker Nancy Pelosi that her conference is moving forward with impeachment, the die is cast -- Donald Trump will be the third president in American history to be impeached by the House of Representatives.

And honestly, that's just fine with Trump's supporters. What better evidence is there that you've shaken Washington to its core when the minders of a system you've come to despise are leveling the gravest punishment the system permits against the very President who is doing the shaking up?

We can lawyer this to death, but for many Americans this comes down to a simple observation -- Trump said he was going to rattle their cages, and by golly they seem rattled.

Trump's supporters have known since election night that this day would eventually come. After all, his sworn enemies have been openly promising it since before he was sworn into office! They've used words like "resistance," "coup," "insurance policy," and "impeachment" so often that, now that they are actually doing it, the American people — and Republicans especially — are offering a collective yawn.

"Trump's supporters have known since election night that this day would eventually come."

They have also known that it was never about Trump. It is about the Americans who voted for him. Trump was cool as long as he was with THEM.

Trump's supporters have ALSO known since election night that b00gal00 will eventually come.