CrowdSourceTheTruth's Jason Goodman visually illustrates current social life struggling to resurrect as he walks around in Manhattan. He points out businesses which had shuttered earlier which now are (or are currently) being emptied as well as those which move outdoors where space permits. At around the 14:30 mark he points out a BLM bulletin posted on subway entrance threatening all caucasion individuals regardless of age.


How is this not considered terrorist threat? Why aren't BLM, Antifa, La Raza, CAIR, etc. declared seditious and terror oriented groups which threaten the fabric of a cohesive free society RICO/d & ultimately banned?

Here's the image, but honestly, I don't see any evidence this was actually on the New York Subway. 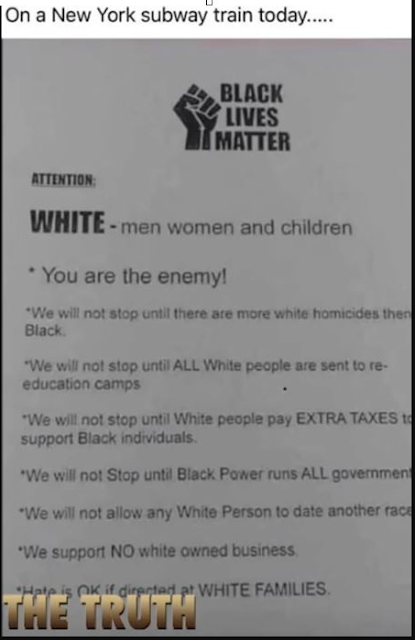