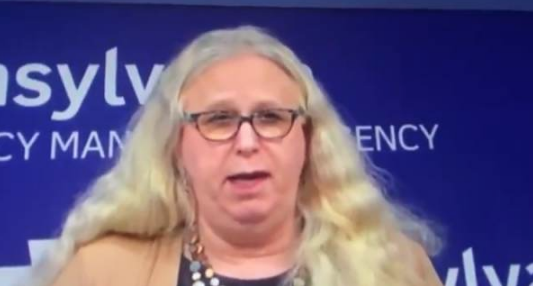 Hello, Christine, I Want To Shower In Your Presence

On Tuesday, Facebook suspended Robert A.J. Gagnon, a prominent Christian scholar on the topic of Bible sexuality, for 24 hours.

Ironically, Gagnon’s post drew attention to Facebook’s suspension of his friend, Laurie Higgins, who got a seven-day ban for criticizing Biden’s policy.

“There was absolutely no incitement to violence on our part. We abhor violence done to any person,” Gagnon told PJ Media on Tuesday. “This is just a thinly veiled and pathetic excuse for censorship of any critical views toward trans-tyranny over our consciences, religion, and reason.”

“Only one point of view is being allowed,” he added, ominously. “Trump was not the great danger to the Republic. Left-wing canceling is.”

Gagnon, who holds a Ph.D. in Pauline theology and sexuality from Princeton Theological Seminary, has published The Bible and Homosexual Practice: Texts and Hermeneutics. He teaches as a professor of New Testament Theology at Houston Baptist University.

My friend Laurie Higgins has been suspended for 7 days, for making an accurate and witty satirical post, by left-wing FB overlords who seek to squash all dissent on the issue of transgenderism, no doubt emboldened by the Biden/Harris administration.

1) Biden’s lifting of Trump’s transgender military ban will indeed put women military personnel in the awful position of having to shower with biological males.

2) Trans-promoters aren’t content with having men invade the domain of women’s sports and shelters.

4) Promoters of “transgenderism” do indeed exhibit traits of a religious cult in their mind-numbing, science-denying conformity.

The censoring and suspending of Laurie HIggins rather proves the point, doesn’t it?